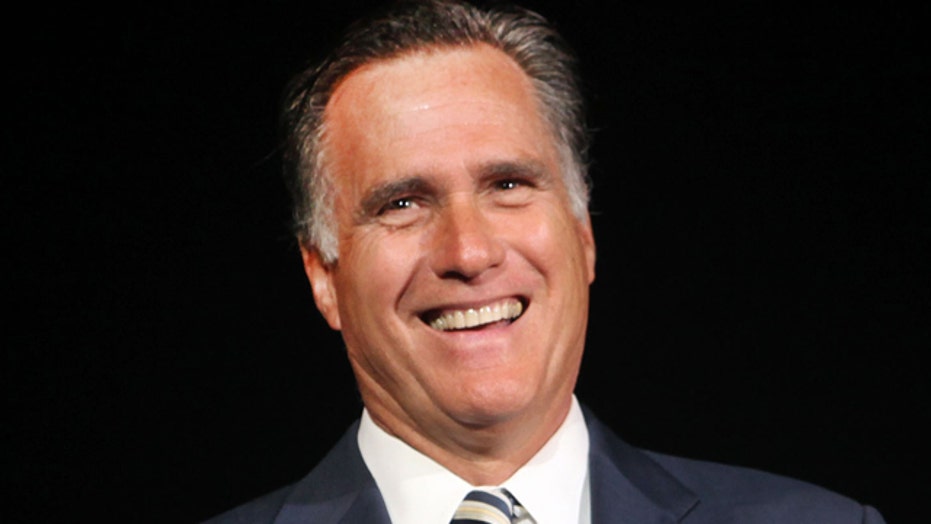 Romney in hot demand on the campaign trail

MESA, Ariz. – Flashing the easy smile of someone whose name isn't on the Election Day ballot, Mitt Romney has never been so politically popular. He’s traveled the country – 23 states by his count – in recent months to lend support to fellow Republicans in advance of November’s midterm election.

“A lot of people who helped me – I owe big time,” the two-time presidential candidate cheerfully explained when asked about his campaign stops.

It’d be understandable if Romney’s enthusiasm for rallies, banquet halls, fundraisers and the seemingly never-ending line of outstretched hands had waned since his 2012 loss. But two years later, Romney is busy stumping for candidates in tight races nationwide including this two-day stretch in Arizona.

“It’s a real thrill to go across the country and I see a lot of the people who helped me during my campaign,” Romney told Fox News on Thursday night in Mesa. “Not just volunteers but a lot of dear, dear friends that I hadn’t seen in many, many years. So it’s fun to get back on the trail and make a difference.”

The irony of Romney’s high-profile appearances – about 1,500 people showed up to see him with Arizona’s statewide Republican candidates – is that President Obama has been nearly invisible in public support of Democrats this cycle. That’s not lost on Doug Ducey, Arizona’s Republican candidate for governor, one of the candidates getting a boost from Romney.

“People talk about contrasts in this campaign and I can’t think of any bigger contrast than for me to say how proud I am to be campaigning with our Republican nominee for president Mitt Romney,” Ducey enthusiastically told supporters after Romney introduced him on stage. The audience then roared in laughter at Ducey’s observation that Obama hasn’t been seen in Arizona supporting Democratic nominee Fred DuVal.

Romney readily says he wishes he could be in the White House today leading the country but “that’s not going to happen.” He says he wants the president to succeed at home and internationally but is convinced that’s not likely to happen either.

His sharpest criticism of the president came in response to questions about the administration’s handling of the Ebola crisis, which Romney calls a massive threat to America.

“Frankly, the president has once again been spectator-in-chief,” Romney said, then questioned why the president didn’t take a stronger line with the CDC in making sure the health agency was on top of the situation.

Romney expanded his critique to other controversies that have stricken the Obama administration, singling out the IRS scandal, Secret Service foul-ups and the roll out of ObamaCare.

“This is your administration. You appointed those people to lead those organizations. They report to you,” he said. “You should have been meeting with them, dealing with these issues before they broke and embarrassed our nation.”

Romney’s prominent role on the campaign trail along with polls showing a measure of buyer’s remorse from some 2012 Obama voters has prompted speculation that a third run for the presidency is possible. Romney repeated his oft-stated line that “I’m not running. I’m not planning on running.”

He offered strong compliments about others who are considered likely candidates for the 2016 presidential nomination. “We’ve got some good people who are looking at the race. I think the first debate may have 10 or more people on the stage. Time will tell. We’ve got very credible people who are giving it a careful look.”

Friday morning outside Tucson, Republicans showed up at a community center to hear from Romney and a pair of GOP congressional candidates. Twice during the short event, rally-goers chanted “run Mitt run” with seemingly little effect on their target. Romney’s smile never left his face.