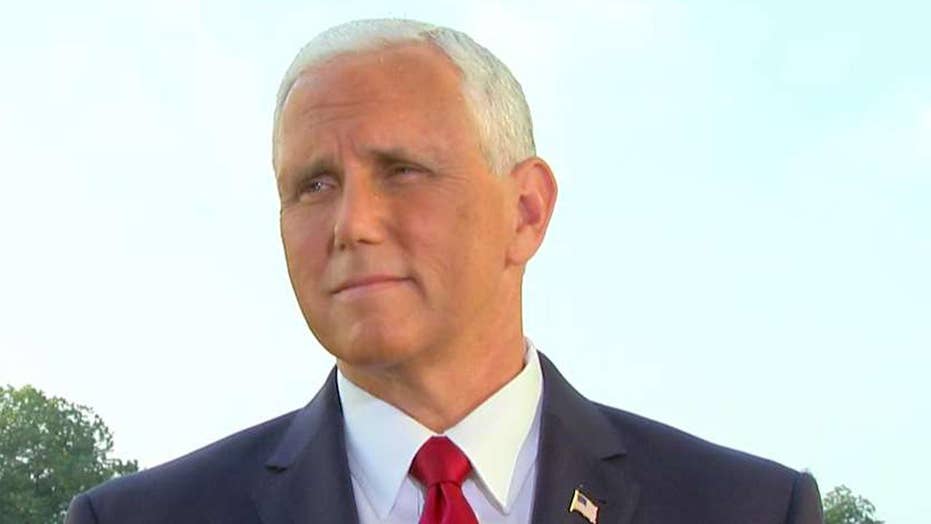 The vice president speaks out on 'Fox & Friends'

Four Army soldiers assigned to Vice President Pence's detail have been removed from their duties after being accused of bringing women back to their hotel in Panama, Fox News has confirmed.

"We are aware of the incident and it is currently under investigation,” Defense Department spokesman Lt. Col. Paul Haverstick said Thursday. “We can confirm that the individuals in question have been reassigned back to the Army.”

The soldiers were with the White House Communications Agency, which runs technical support for presidential and vice presidential events.

NBC News, which reported the reassignment on Thursday, said the soldiers were caught on video bringing the women into a secure area.

In 2012, the Secret Service was rocked by a scandal when agents preparing for a presidential trip to Colombia were accused of bringing prostitutes back to their hotel rooms.

According to the Washington Free-Beacon, the four Army soldiers were removed from Panama before Pence arrived in the country on Aug. 17.

"At this time, no evidence of prostitution exists with any of the removed service members," Karen Brazell, the chief of staff to the White House Military Office, told the outlet.