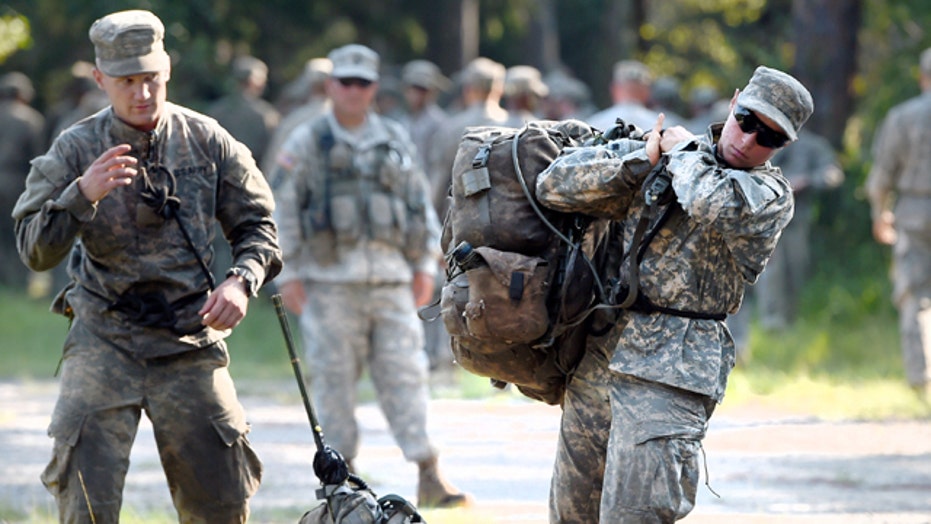 The women, who were not immediately identified, will join 94 men Friday for a graduation ceremony at Fort Benning, Ga., where Ranger School is based. The unit consists of rapidly deployable troops who are often used in special operations.

"Each Ranger School graduate has shown the physical and mental toughness to successfully lead organizations at any level," said Secretary of the Army John M. McHugh in a statement.

"This course has proven that every soldier, regardless of gender, can achieve his or her full potential," McHugh added. "We owe soldiers the opportunity to serve successfully in any position where they are qualified and capable, and we continue to look for ways to select, train, and retain the best soldiers to meet our nation’s needs.”

Nineteen women and 381 men began the Ranger Course on April 20. The course lasts 62 days and teaches students how to operate in woodlands, mountainous terrain and coastal swamps.

Among the course's tests of physical stamina are requirements to do 49 push-ups, 59 sit-ups and complete a five-mile run in 40 minutes. Aspiring Rangers must also complete four days of mountaineering, three parachute jumps, four air assaults on helicopters and 27 mock combat patrols. During this process, students are forced to operate on minimal food and sleep.

The Army says that approximately one-third of all students "recycle" through at least one phase of the course. The two women who made it through Ranger School recycled through two phases of the course before successfully completing the last part of the their training, the Swamp Course at Eglin Air Force Base in Florida.

Opening Ranger School to female students is part of an ongoing effort by the military to open thousands of frontline combat jobs to women. All branches of the armed services have begun developing gender-neutral job requirements and evaluating whether to recommend that any positions stay closed to women.