Arizona Republican Gov. Doug Ducey and some county election officials are clashing with the Democratic state secretary this week over an effort to introduce more ways for people to register or vote in certain limited circumstances.

Secretary of State Katie Hobbs and Ducey have reportedly exchanged a series of contentious letters about the changes Hobbs proposed.

Hobbs has told county recorders they can aid voters who are in the hospital or an assisted care facility to cast their ballots using video conferencing if no family member or caregiver is able to assist them, according to The Associated Press.

State law allows for “special election boards” comprised of one Republican and one Democrat to meet the voter in person, fill out the ballot as directed, and return it for counting.

Hobbs said that a videoconference could meet those parameters, but Ducey disagrees.

In addition, Hobbs said she plans to devise a telephone hotline to help prospective voters and that voters who call the hotline prior to the Oct. 5 registration deadline but are unable to register online or with a paper form should still be allowed to vote as long as they first sign a paper form -- even if that signature comes after the deadline.

“The integrity of our elections also requires a deeper commitment from elections officials: a commitment to maximize the enfranchisement of voters and to facilitate and ease the process of voting within the contours of our constitution and laws,” she wrote.

TRUMP WITH THE EDGE OVER BIDEN IN ARIZONA, FLORIDA, AND GEORGIA BATTLEGROUNDS: POLL

Current Arizona regulations allow voters who file a registration form before the deadline to resolve problems after the deadline. The question at hand is whether or not a voter registration initiated by phone should count.

While Hobbs argues the appointment of special election boards would ensure voters aren't disenfranchised amid the COVID-19 pandemic, Ducey and others say the initiative would be illegal. 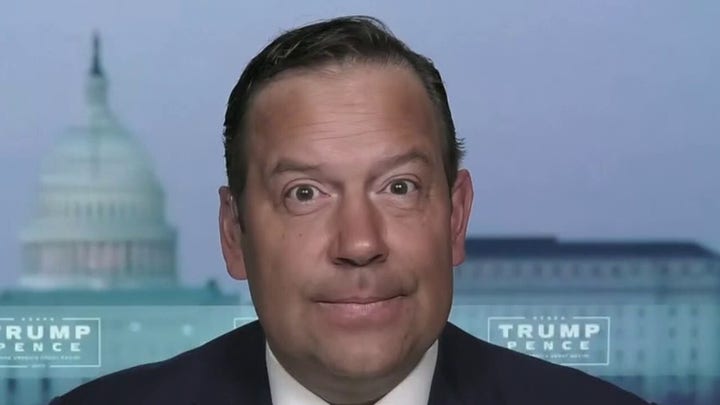 “The responsibility of election officials to uphold our constitution and laws is not only a crucial responsibility, it should stand as the final test on whether changes to our election policies and procedures are appropriate — no exceptions,” Ducey wrote to Hobbs Tuesday.

On the following day, the governor asked Republican Attorney General Mark Brnovich to weigh in.

Ultimately, it is up to county officials to decide whether or not to implement Hobbs' guidance -- and many are not confident in the security and integrity of those plans.

Those who back Ducey argue that tweaks to the process at this point would be detrimental.

However, eight progressive groups came to Hobbs' defense, and labeled Ducey's objections to her efforts “an attempt to disenfranchise Arizona’s most vulnerable communities.”