Arizona House Speaker Rusty Bowers has been forced to walk back a statement he made about potential gun control legislation in the state after he incorrectly said that Arizona "has been fortunate not to experience a major mass shooting."

Bowers, a Republican, had apparently forgotten the 2011 mass shooting at a Safeway parking lot in the Tucson area that left six people dead and 13 more injured, including then-U.S. Rep. Gabrielle Giffords.

"While Arizona has been fortunate not to experience a major mass shooting, that shouldn't stop us from considering measures to prevent a tragedy like we saw over the weekend in Texas and Ohio," Bowers said in a statement that was posted on Twitter by a local journalist.

Bowers’ office was quick to fix the snafu – saying shortly after to the Arizona Republic that the House Speaker "erred in not classifying the 2011 Tucson shooting” – but not before his Democratic colleagues in the state legislature pounced on his statement.

"If Speaker Bowers has forgotten about the mass shooting in Tucson, which is in AZ, I'm sure [Rep. Daniel Fernandez] and I could find some time to help him remember," State Rep. Randy Friese, a Democrat representing Tucson, said on Twitter. "The #AZLeg has never allowed a gun safety bill to be heard in committee the entire 5 years I've served. @GiffordsCourage."

Fernandez, who also represents Tucson, was a 20-year-old intern for Giffords on the day of the 2011 shooting and held his hand over her gunshot wound to the head to stop the bleeding. Friese, a trauma surgeon, prepped the then-congresswoman for the first of numerous surgeries that saved her life.

Both Democratic lawmakers are vocal advocates for tougher gun laws in the Grand Canyon State. 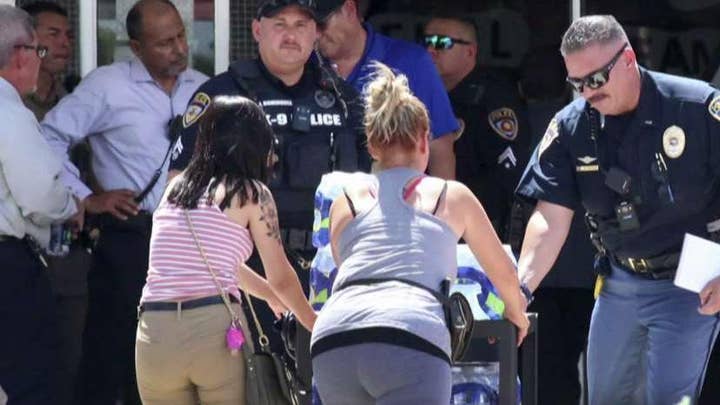 The 2011 shooting in Tucson is not the deadliest mass shooting the state’s history. In 1991, nine people were shot to death at the Wat Promkunaram Buddhist temple in Waddell.

The debate over gun control in Arizona comes after a deadly weekend across the United States, in which a total of 31 people were killed and more than 50 injured in a pair of mass shootings in El Paso, Texas and Dayton, Ohio.