New secession movements in California, and elsewhere in America, are getting genuine attention from political pundits. (newcaliforniastate.com)

When Donald Trump was elected, a lot of people in California signed a petition supporting the state’s secession from the U.S. It was hard to take the movement seriously—didn’t we fight a war over this?

But there is another secession movement in California, and elsewhere in America, that is getting genuine attention from political pundits. While it may be unlikely to succeed, the idea of intra-state secession—a section of a state splitting off to form its own state—has been growing in popularity. And there’s even a Constitutional procedure for doing it.

In recent decades, the political differences between rural areas and metropolitan areas seem to have become more severe. This has caused political splits in certain states, where, often, those rural areas, with lower populations, feel stifled by their city brethren.

As Joel Kotkin, a fellow at Chapman University in Orange, Calif. and author of The Human City: Urbanism ForThe Rest Of Us, tells Fox News, “The worst thing in the world to be is the red part of a blue state.”

He looks at his home state of California and sees numerous clashes between the coastal cities of San Francisco and Los Angeles, and the more conservative counties in the interior. This has led to the New California Movement, already organized in 35 counties, seeking to create two states where there was one. Other plans have California splitting into three states, or even six. It should be noted that these new states would still be bigger than many on the East Coast, and more populous than many in the West.

Kotkin feels this movement is driven by policies like the $15 minimum wage, “which makes sense in San Francisco, but doesn’t make sense in Fresno.”  He adds those running California are “fundamentally authoritarian” with “not a lot of tolerance for any kind of economic or political diversity.” As he puts it, their attitude is “’We know the truth, we know what’s right, and it has to apply to everyone.”

Kotkin further notes it’s not just California where this blue versus red battle is brewing, but up the West Coast, where eastern Oregon battles against the policies of Portland, and eastern Washington against Seattle. For that matter, there’s Chicago against downstate Illinois, and New York City versus upstate New York.  And the policy divisions are not just economic, but often traditional versus progressive politics regarding issues such as marijuana, gun control and the environment.

This is why there’s a movement in New York for upstate to split from downstate.  As Republican state senator Joseph Robach puts it, “We’re completely overwhelmed...by the policies of New York City.” In 2009 and 2011 he introduced bills to hold a referendum on secession.  And in 2015 there was a rally in favor of carving out a new state, supported by more than a dozen groups frustrated by the policies of Democratic Governor Andrew Cuomo.

All this secession talk has captured the notice of University of Tennessee law professor Glenn Reynolds, who recently put out a new paper, “Splitsylvania: State Secession and What to Do About It.” 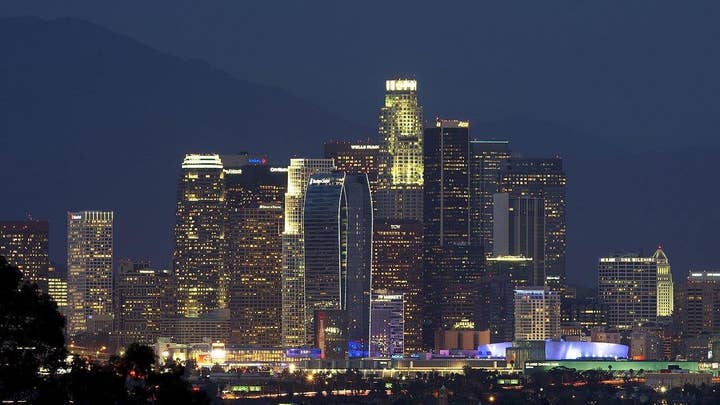 He notes that Article IV, section 3 of the Constitution allows for new states to be admitted into the union, though no new state can be formed within an old state without the consent of the state legislature as well as Congress. That’s a pretty high hurdle. But, as Reynolds told Fox News, not insurmountable.

It’s been done before, but long ago. For example, Vermont split from New York in 1791, Maine split from Massachusetts in 1820, and West Virginia split from Virginia during the Civil War in 1863. There haven’t been any states formed by secession in modern U.S. history.

What’s more, Americans seem to have gotten used to the idea of 50 states, with Hawaii the last admitted to the Union in 1959. As Reynolds points out, “for most of the country’s history we added a new state every couple of decades...now we act as if 50 is set in stone. There’s a plausible argument that we would be better off with more states. It would be more representative.”

While it would seem that state leaders wouldn’t want to give up power, Reynolds offers a scenario where politicians might greet the formation of a new entity. “If you’re a California politician, you spend a lot of time trying to fight your way to the top. And the trouble is it’s a really big state—there are a lot of other people trying to fight their way to the top...[If the state splits, there’s] a smaller pond, but you’re a big fish.”

More important than forming new states, however, Reynolds feels we should address the disputes that make citizens support secession.  Part of the problem, he believes, goes back to the Supreme Court case “Reynolds v. Sims” (1964), which declared state legislatures (as opposed to the U.S. Senate) have to be apportioned according to population, not geographical area. As Reynolds explains, “under the old system, rural areas got more representation, and under the new system they got much less.”  This has helped lead to the present-day situation where rural areas feel underserved.

Reynolds hopes there can be less dramatic solutions than secession, such as Congressional statutes (or in some cases executive orders) to ease the pressure. Reynolds thinks they have the Constitutional authority to remedy the situation, particularly under the Guarantee Clause, which states “The United States shall guarantee to every State in this Union a Republican Form of Government.”

Reynolds points to civil rights laws, passed to protect unfairly treated minorities, as a model for how Congress might take action.  He notes “most federal laws...are written to leave states the power to make stricter regulations, but if it seems like the burden...is falling disproportionately on a minority in a state that has no real political power...then I think it’s fair for the federal government to step in and protect them.” To Reynolds, this could mean laws limiting how far states can go regarding “the environment, firearms, wages and...things that people in rural areas are unhappy about.”

This may seem like extreme intervention to some, but it’s a lot less extreme than secession.

As Reynolds puts it, “when you have people talking about wanting to split from their state, and form a new one, there’s obviously some significant unhappiness, and if we can do things that are relatively low cost...to remedy it, I think probably we should.  At least we should think about it.”