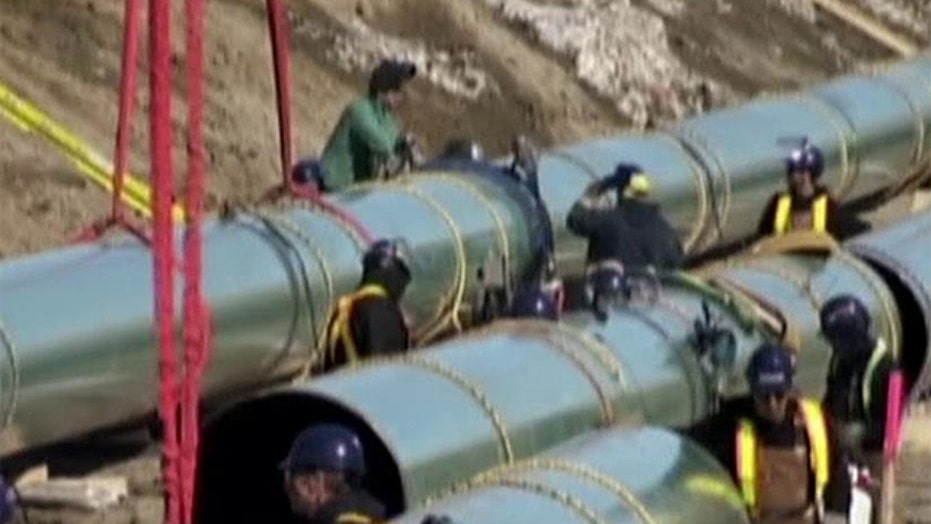 Democrats not getting strong union support going into 2016

President Obama has long been a friend of organized labor, wholeheartedly supported by unions that helped boost him to victory in both his presidential campaigns.But increasingly, there now is a divide between unions in the public and private sector when it comes to supporting him.

Sherk added those private groups are "pushing back" and speaking out more publicly about things like the Keystone XL Pipeline, which they believe will benefit their members. That has put them on a collision course with Obama, who last summer proclaimed, "We should do everything we can to strengthen unions in this country."

"The president's insistence on vetoing this pipeline is directly taking away income from these union members, and they, understandably, don't like it," Sherk said.

Congress has passed a measure to expedite the Keystone project, although Obama has vowed to veto it. Just days ago, Sean McGarvey, president of North America's Building Trades Unions, made a direct appeal.

Union leaders also have a long-standing beef with the administration over the Affordable Care Act's enormous tax on so-called Cadillac health insurance plans.The plans offer high dollar benefits and are used as a recruiting tool.

Although the tax doesn't kick in for several more years, as far back as 2013 union leaders were making public pleas to Democratic lawmakers. In a letter written in July of that year, union officials, including James Hoffa, president of the International Brotherhood of Teamsters, urged congressional Democrats to drop the tax saying, "We voted for you.We have a problem; you need to fix it."

Analysts say the issue may present an opportunity for GOP leaders to build some good will with unions. Just days ago, Rep. Frank Guinta, R-N.H., introduced a measure he's calling "Ax the Tax."A similar measure didn't get far in the Senate last year, but may have a better chance with the GOP now in control of both the House and Senate.