Alexandria Ocasio-Cortez comments on the arrest of Julian Assange

Speaking to Fox News, the freshman Democrat said "there's a lot of concern ... for folks who disagree or are troubled by Assange's past."

SEN. JERRY MORAN ON JULIAN ASSANGE: 'I DON'T SEE HIM AS A HERO, HE BROKE THE LAW'

"To my knowledge, the specific charges that were raised for his extradition were even ones that the Obama administration entertained but turned down because it was kind of beyond the pale in terms of an attack on journalism and journalists," she said. "So I'm concerned by that specific aspect very much so in this situation." 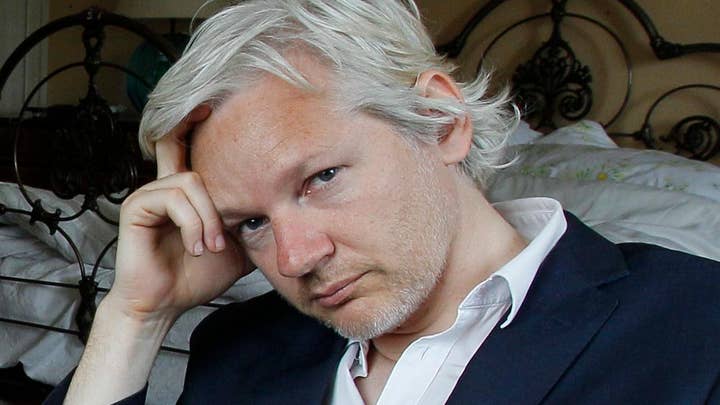 Assange, 47, was arrested earlier Thursday after Ecuador announced it had withdrawn his asylum in their country for "repeatedly violating international conventions and protocol." He was carried out of the Ecuadorian Embassy in London by British police, who arrested him in a dramatic scene that ended Assange's nearly 7-year stay there.

Ecuadorean President Lenin Moreno described the decision to withdraw Assange’s asylum as a “sovereign” one because of his alleged repeated violations.

Assange was charged with conspiracy to commit computer intrusion for aiding Chelsea Manning in the cracking of a password to a classified computer at the Pentagon in 2010, the U.S. Justice Department said after he was taken into custody.

Assange took refuge in the embassy in 2012 after he was released on bail in Britain while facing extradition to Sweden on sexual assault allegations that have since been dropped. He refused to leave the embassy, fearing arrest and extradition to the U.S. for publishing classified military and diplomatic cables through WikiLeaks.

Fox News' Jason Donner and Ryan Gaydos and The Associated Press contributed to this report.