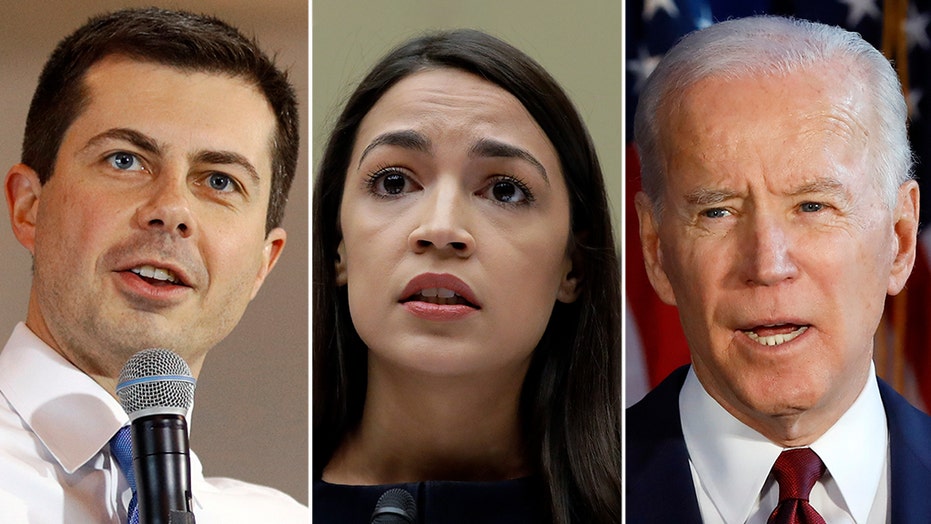 A dark money organization tied to Rep. Alexandria Ocasio-Cortez, D-N.Y., said Tuesday that it will spend over half a million dollars on ads targeting 2020 presidential candidates Pete Buttigieg and Joe Biden.

Ocasio-Cortez has been an outspoken critic of dark money, which refers to the practice of using cash to influence an election, by funneling it through nonprofit groups that are not obligated to disclose their donor lists.

The group in question, Organize for Justice, is a 501(c)(4) nonprofit organization and falls under that same purview. They've set aside $500,000 for the Democratic primary and will use the funds to purchase Facebook ads to promote stories that question Buttigieg and Biden's progressive political leanings, according to HuffPost.

Organize for Justice is linked to Ocasio-Cortez through its "sister organization" called "Justice Democrats." She served on the board during her 2018 congressional primary campaign, The Daily Caller reported.

Her campaign chair, Saikat Chakrabarti, also served on the three-member board and was named in a Federal Elections Commission (FEC) complaint last year. The two have both been de-listed from the board since the story became public.

In a tweet from February of last year, Ocasio-Cortez called dark money "the enemy to democracy."

"Dark money is used to manipulate electorates. It is the enemy to democracy. Period," she wrote. "When politicians and corporations weaved their dark web of campaign finance, they created a ticking time bomb for foreign adversaries. To make our democracy safer, we need to get big money OUT."

She denied any wrongdoing in March of last year when she was approached about the FEC complaints by Fox News.

“There is no violation,” AOC exclusively told Fox News at the time, after landing at Ronald Reagan National Airport.

When she was asked if the complaint showed any connection to dark money during her 2018 campaign, she replied: “No, no.”