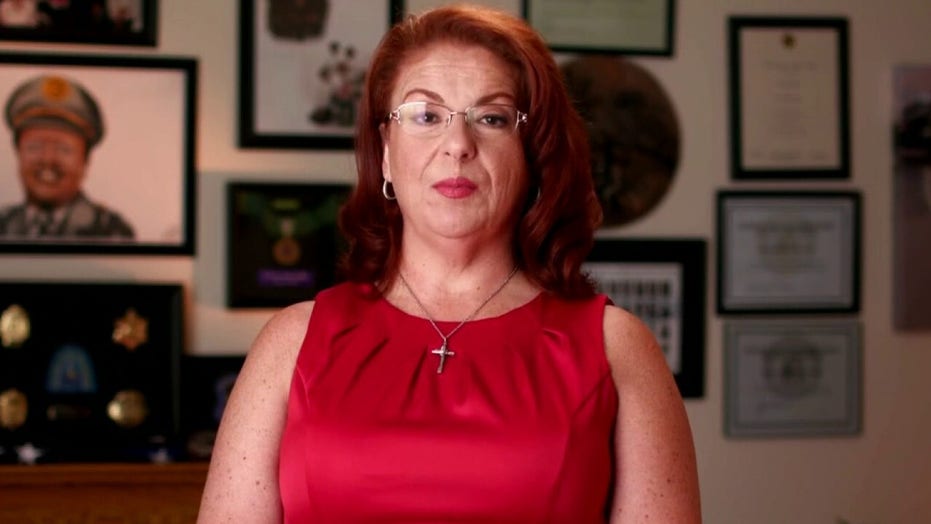 The widow of a retired St. Louis police officer who was shot and killed during the violence and looting that followed widespread protests over racial injustice in June spoke Thursday at the Republican National Convention – fighting back tears in deeply-emotional remarks as she recalled the night her husband was killed and expressing her anger at the rioting.

Sgt. Ann Marie Dorn, the widow of the late David Dorn, was one of a number of speakers at the RNC to condemn the rioting and violence that occurred in some cities after protests over the recent killings of Black people by police.

But given the recent loss of her husband during the rioting and looting, Ann Marie Dorn’s speech carried extra emotion.

“I relive that horror in my mind every single day,” Ann Marie Dorn said of the day her husband died as her voice wavered in her pre-taped speech. “My hope is that having you relive it with me now will help shake this country from this nightmare we are witnessing in our cities and bring about positive, peaceful change.”

“How did we get to this point where so many young people are callous and indifferent towards human life?” Ann Marie Dorn asked. “This isn’t a video game where you can commit mayhem and then hit ‘reset’ and bring all the characters back to life.  David is never, never coming back to me. He was murdered by people who didn’t know, and just didn’t care. He would have done anything to help them.”

David Dorn was killed while trying to protect his friend’s pawn shop, Lee’s Pawn and Jewelry, during the early hours of June 2. A number of cities across the country experienced violence and looting during the widespread protests in the wake of the killing of George Floyd, an unarmed Black man, while in Minneapolis police custody. 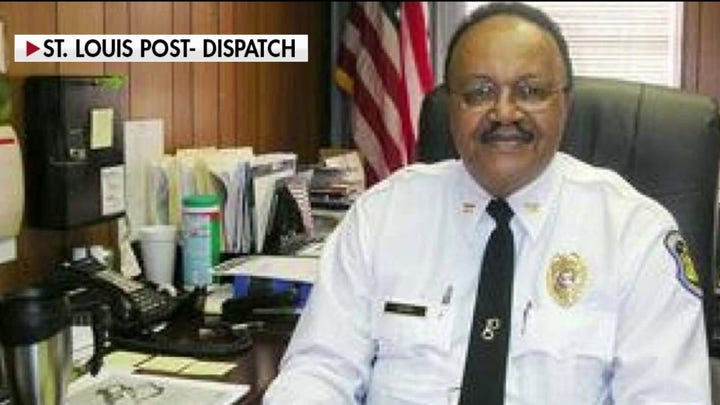 Video surveillance from the building where the shooting occurred and neighboring businesses show David Dorn’s last moments. David Dorn was killed by looters who broke into the pawn shop and his body was found on the sidewalk around 2:30 a.m., according to investigators.

“Violence and destruction are not legitimate forms of protest,” the late police officer’s widow said Thursday. “They do not safeguard Black lives. They destroy them.”

David Dorn had been with the St. Louis Metropolitan Police Department for nearly 40 years before his retirement. His death came the same night that four officers were shot and 55 businesses were burglarized or damaged in St. Louis.

Also speaking on the closing night of the RNC was New York City Police Benevolent Association President Patrick J. Lynch who reiterated a claim made frequently during this week’s convention: that Democratic lawmakers were to blame for a surge in violence in a number of cities throughout the country.

The police union president said the country is facing a public safety disaster and used New York, where more than 1,000 people have been shot and 300 people were killed, to make his point.

He said the choice in November is clear.

“You can have four more years of President Trump or you can have no safety, no justice, no peace,” he said.

Trump has particularly called cities like New York, Chicago and Detroit for their high crime rates.

Despite that milestone – and the president’s criticism – the murder rate in Chicago has dropped over the past few years. The country’s third-largest city saw 490 murders in 2019 – a 13 percent drop from the 564 in 2018 and a 35 percent drop since the 756 in 2016 when Chicago reported its highest number of homicides in two decades.

Both Baltimore and Detroit – two much smaller cities than Chicago – have seen their murder rates rise.