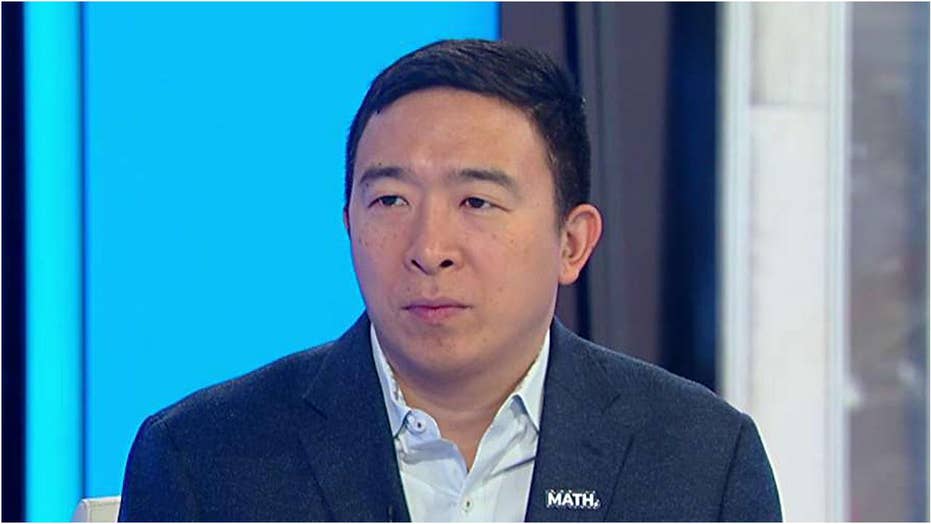 Evelyn Yang, wife of 2020 presidential hopeful Andrew Yang, opened up on Thursday about the sexual assault she faced by her OB-GYN when she was pregnant with their first child.

Yang revealed to CNN that she was a victim of Dr. Robert Hadden in 2012 and how exams began as "routine" but changed after a few months.

"It started with inappropriate questions around how intimate I was with my husband, sexual activity, just very inappropriate probing questions that were unrelated to my health," Evelyn Yang said.

She told CNN's Dana Bash how exams became "longer" and "more frequent" as her pregnancy progressed, which she later learned were "unnecessary" as a new mom.

"I put up with some inappropriate behavior that I didn't know at the time was straight-up sexual abuse slash sexual assault until much later," Evelyn Yang reflected. "And I regret having put up with that because it ended up in a sexual assault that was indisputable."

Evelyn Yang then recalled the "worst assault" by Hadden, which was when she was seven months pregnant.

"I was in the exam room and I was dressed and ready to go. And then, at the last minute, he kind of made up an excuse," Evelyn Yang said. "He said something about -- 'You might need a C-section,' and then he proceeded to grab me over to him and undress me and examine me internally ungloved. And at first, I was a little bit like, 'What's going on here?'"

"And there was no one else in the room?" Bash asked.

"No, no," a tearful Evelyn Yang replied. "In fact, when I think back to most of our exams, I don't think there was somebody in the room."

Evelyn Yang said she kept it a secret from her husband or "anyone" and only told him after another victim went public and pressed charges against Hadden, saying she didn't want to "upset" her family and didn't want Andrew Yang to feel "guilty" for not being able to attend the exams due to his traveling for work.

It wasn't until she received a letter in the mail that Hadden had left his practice, and she found out online that she wasn't the only victim.

"It was this sense of relief, of finally realizing that I wasn't alone in it," Evelyn Yang said. "This was a serial predator and he just picked me as his prey."

Evelyn Yang told Bash that her husband "cried" when she told him about the assault and how he "felt so bad" and "guilty" for not connecting the dots after he recalled his wife making a comment about "pervy doctors" and how only women should be OB-GYNs.

She was among 18 women who waged a legal battle against Hadden, which lead to multiple felony charges, but resulted in a plea deal in February 2016 that required the doctor to lose his medical license and register as a low-level sex offender, but not face any jail time. He only pled guilty to two charges, neither of them being Evelyn Yang's.

"He was getting off with a slap on the wrist, basically," Evelyn Yang said. "We were betrayed twice... It's like getting slapped in the face and punched in the gut."

However, Evelyn Yang found a silver lining with her coming forward with her story.

"My personal life and this growing public life -- they're not separate. In this case, my experience with the sexual assault and then what happened -- all that happened afterward is such a powerful and upsetting example of the truth that women are living with every day," Evelyn Yang said about why she went public with her assault. "And I just happen to have a platform to talk about it. I need to use that voice. I feel like it's something that's an obligation but also a privilege and a gift that I get to share my story now and also help other women."

After CNN aired Yang's story, her husband tweeted in support of his wife.

"I love my wife very very much," the Democratic candidate said.