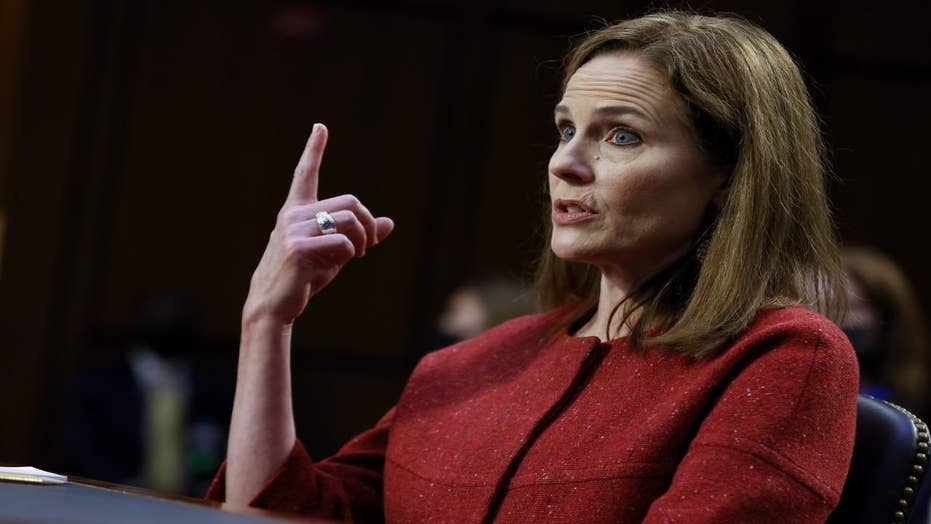 Judge Amy Coney Barrett made it through day two of her Supreme Court confirmation hearings and Trump 2020 advisory board member Harmeet Dhillon told Fox Business Network's “The Evening Edit” that her ability to stay cool, calm and collected is almost supernatural.

Democratic senators have repeatedly attempted to catch Barrett off guard about her stance on the Affordable Care Act, but Dhillon told host Elizabeth MacDonald she doesn’t think they even “landed a finger on her.”

“In fact, it's almost like she has a superpower by calmly sitting there and politely responding to these questions,” she said. “I think she made each and every one of them look silly or worse.”

Dhillon argued that the hearings so far have been a “failure” and said the Democrats should call it quits.

“The Democrats would've been better off actually not having a hearing at all ... and voting because I don't think they convinced anybody with this charade,” she said.

Democratic lawmakers were quick to criticize Barrett for allegedly “evading” questions, when the Ginsburg rule, named after Barrett's would-be predecessor, prevents nominees from discussing their personal views on matters that may surface before the court.

“The judge did exactly what other judges have done in the same seat and what they should do,” Dhillon said. “No judge could honestly answer how they would vote on a case that they don't know the facts of, and neither would it be appropriate.”

“I hope in the future if Democrats are ever in the same position where they're nominating justices, those justices take the same position as Amy Coney Barrett and really everybody has done over the last 30 years,” she concluded.