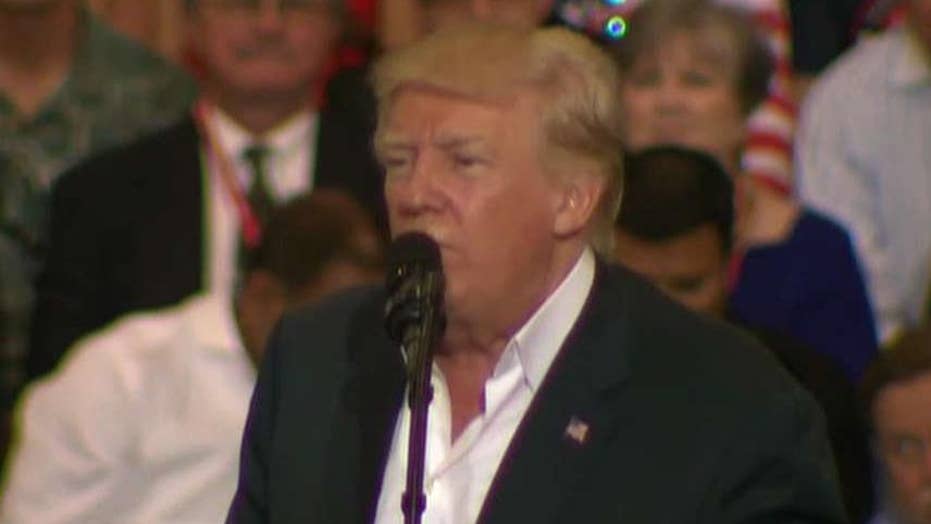 Trump unclear about Sweden, but did he have a valid point?

Filmmaker Ami Horowitz defended his investigation of refugees in Sweden Monday night amid a blacklash after President Donald Trump cited his work during a campaign speech over the weekend.

"Between 2012 and 2016 the murder rate [in Sweden] is up almost 70 percent," Horowitz told "Tucker Carlson Tonight," citing the Swedish National Council for Crime Prevention. "Rape between 2007 and 2015 is up a similar number, almost 70 percent. These are their statistics, not my statistics."

TRUMP MAY HAVE BEEN UNCLEAR, BUT SWEDEN EXPERIENCING A MIGRANT CRIME WAVE

At the Florida event Saturday, Trump said Sweden "took in large numbers" of refugees and was "having problems like they never thought possible." Trump later specified on Twitter that he was referring to Carlson's original segment with Horowitz, which aired Friday night.

Trump's remarks, which implied that a terror attack had hit Sweden Friday night, was roundly criticized by Swedish officials and mainstream media outlets. A pair of policemen Horowitz interviewed for his film also took issue, with one referring to him as a "madman."

"Can you imagine the amount of pressure that must be on them from their bosses because of this maelstrom that they’ve kind of found themselves in?" Horowitz asked. "They’re the ones who discussed [how] they didn’t want to be considered racist. They’re the ones who used the words ‘no-go zones’ in describing these Islamic enclaves [in Swedish cities], not me."

Horowitz also denied he had deceived the policemen with a general discussion of crime in Sweden rather than crimes committed by refugees and migrants.

"I’ve never had a subject claim, and certainly not prove, that I ever misled them or ever doctored the footage," Horowitz said. "It’s never happened before. So, my record stands for itself, and what you saw on that video clear as day stands for itself."