The Supreme Court is requesting the input of the Trump administration after taking up the case of the families of fallen service members against the Iranian government; Gillian Turner reports.

Albania has expelled two Iranian diplomats for threatening the country’s security on the heels of recent terror-related arrests, drawing praise from the Trump administration as U.S. officials press European leaders to get tough on Tehran.

In a letter to Albanian Prime Minister Edi Rama, Trump said the move would send a message that Iran's “terrorist activities in Europe and around the world will have severe consequences.”

Albania’s foreign ministry told The Associated Press that the diplomats -- including the Iranian ambassador -- were expelled for “violating their diplomatic status” following talks with other countries, including Israel. Albanian media said the Iranians were suspected of illegal activities related to a World Cup qualifying match between Albania and Israel in 2016. About 20 people were arrested in Albania and Kosovo following that match, which was threatened with an alleged terrorist plot.

Trump’s Dec. 14 letter to Rama thanked him for standing up to Iran and countering “its destabilizing activities and efforts to silence dissidents around the globe.”

"We stand with PM Rama and the Albanian people as they stand up to Iran’s reckless behavior in Europe and across the globe," Bolton said.

Iran attempted to blame the U.S. and Israel for the expulsion, with official IRNA news agency quoting Foreign Ministry spokesman Bahram Ghasemi as saying "Albania has become an unintentional victim of the United States, Israel and some terrorist groups."

The expulsion comes as European countries have been foiling terror plots across the continent suspected of originating in Tehran -- even as many of them defend the 2015 Iran nuclear deal and criticize the Trump administration’s re-imposition of sanctions.

Albania is a particular target for the regime as it is home to more than 2,000 Iranian dissidents belonging to People’s Mujahedin of Iran (MEK) after they were relocated from Iraq in 2016.

Maryam Rajavi, the president-elect of the National Council of Resistance of Iran (NCRI), a coalition of Iranian resistance groups that includes MEK, said in a statement that Iran must be shown “their terrorist activities in Europe and across the world will have serious consequences.”

“The regime in Tehran is the godfather and the epicenter of terrorism under the banner of Islam in the world today.  As such, designating the Ministry of Intelligence as a terrorist entity and expelling the mullahs’ diplomat-terrorists from the U.S. and Europe is necessary for these countries’ security and is demanded by the Iranian people,” she said. 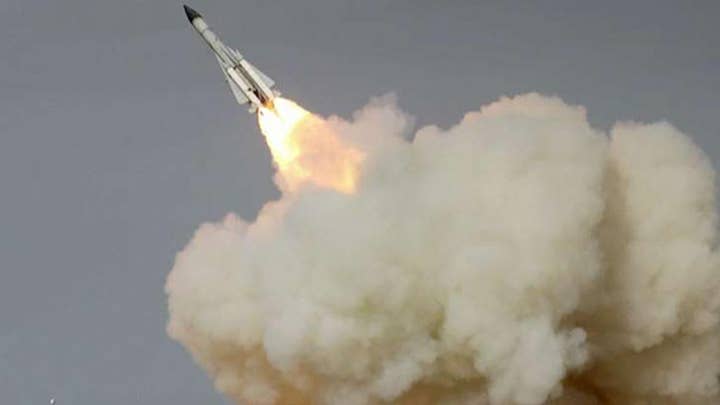 “Iran has a long history over the last 39 years of conducting and planning assassinations and terrorist actions against opponents of the Iranian regime, including a series of assassinations and attack plots in recent years in European countries,” the official said.

In July, an Iranian diplomat based in Vienna was one of four arrested for an alleged plot to bomb an annual gathering of Iranian dissident groups in Paris, which Trump lawyer Rudy Giuliani attended.

EUROPE OPENS DOORS TO SANCTIONS ON IRAN AFTER TERROR PLOTS IN DENMARK, PARIS

In November, Denmark’s intelligence agency said that it had foiled an Iranian plot to kill an opposition activist, and had arrested a Norwegian of Iranian descent. The suspect has denied the allegations and Iran’s Foreign Ministry denied any involvement. The arrest reportedly led to discussions of sanctions at a meeting of E.U. ambassadors.

In his statement Wednesday, Pompeo used the development to renew U.S. calls for European countries to join in sanctioning Tehran.

“European nations have thwarted three Iranian plots this year alone,” he said. “The world must stand together to sanction #Iran’s regime until it changes its destructive behavior.” 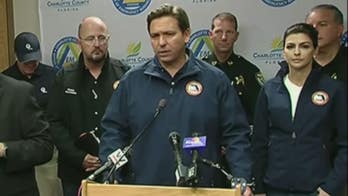