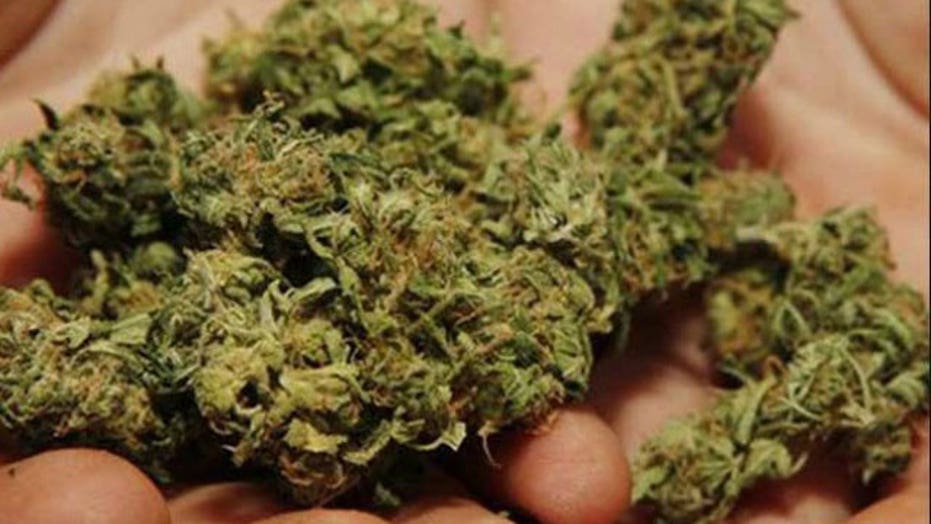 WASHINGTON – Voters in Alaska, Oregon and the District of Columbia on Tuesday approved recreational marijuana use, joining the growing list of states legalizing pot.

The Alaska measure was the latest to be declared as approved, after ballots were counted overnight. A national pro-pot group, the Marijuana Policy Project, was the major contributor behind the Alaska initiative, and its spending dwarfed that of opponents.

The group behind the initiative argued pot prohibition has been "as ineffective, wasteful and problematic as alcohol prohibition."

The states now join Washington state and Colorado, who legalized the drug in 2012.

The only major loss for the pro-pot side came in Florida and even there, a medical marijuana proposal earned 58 percent -- just shy of the 60 percent required to pass.

The legalization of marijuana was among the ballot issues that voters in 41 states and the District of Columbia weighed in on during Tuesday's voting. In all, voters had their say on 147 ballot initiatives ranging from pot to dueling gun measures in Washington state that would alternately require and prohibit universal background checks on firearms.

The Washington vote came less than two weeks after a student opened fire in a Seattle-area high school, killing four people, including himself. Two other students remain hospitalized.

Washington's Initiative 591would have prevented the government from requiring statewide background checks for gun purchases until a federal standard is established. It would have also prohibited the state from confiscating firearms without due process.

According to the Ballot Initiative Strategy Center, there was a possibility both could have passed but it was unclear how that would have shaken out.

Other measures voters considered included hot-button topics like hike in the minimum wage and gambling.

Residents in Colorado weighed an amendment to their state constitutions that would expand rights to the unborn. It ultimately failed. Opponents have argued that the measures would ban birth control, end in vitro fertilization and restrict access to abortion providers.

In the past two decades, 10 state proposals to raise the minimum wage have been approved by voters about 65 percent of the time, according to the Initiative and Referendum Institute.

Meanwhile, in Massachusetts, voters on Tuesday rejected a ballot question that would have repealed a 2011 state law that allows for up to three regional resort casinos and a single slots parlor.

Trying to sway voters brought in millions in outside money to the state. A committee financed largely by casino companies raised $12 million to defeat the referendum, eclipsing the amount raised by the Repeal the Casino Deal which collected $670,000 for their push, according to the state financial filings. Repeal the Casino Deal is a citizen-backed initiative that asked residents to reject the current law, saying the casinos will court crime and do little for local economic growth.

The $12 million in opposition to the measure was largely divvied up by three casinos: Penn National Gaming, MGM Resorts International and Wynn Resorts.