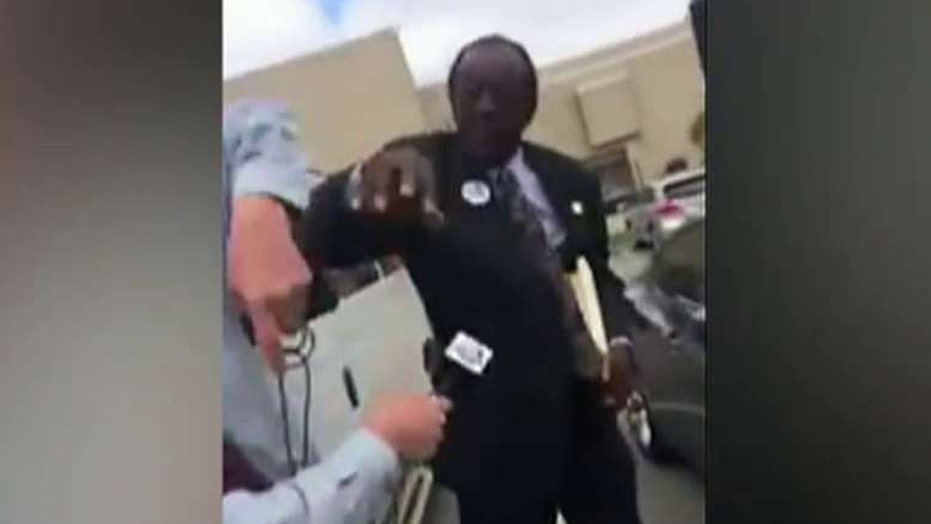 Amos Newsome was arrested after the incident

An Alabama official reportedly was charged with third-degree assault Tuesday after he was caught on camera striking a news reporter in the face.

When Curtis asked Newsome about voter fraud claims in connection with the 2013 election and if he plans on resigning, the interview took a turn for the worse. Newsome struck Curtis in the face twice, causing the reporter to bleed from his right cheek, the Dothan Eagle reports.

Curtis was treated at the scene.

WTVY has been questioning Newsome daily in regards to his future plans with the commission. In 2013 two people, including Newsome’s longtime girlfriend, reportedly were convicted for felony voter fraud in the election that Newsome won.

Curtis filed an affidavit Tuesday saying he was not at fault for the alleged assault.

In a statement to the Dothan Eagle, the reporter claimed, “I’m just sorry Mr. Newsome felt it was necessary to do that. I’m sure it has been a very stressful time for him. But this is not about me. This is about freedom of the press. This is for the right we have to ask questions that the public has a right to know about.”

Newsome, 82, reportedly was released on signature bond for the misdemeanor assault.