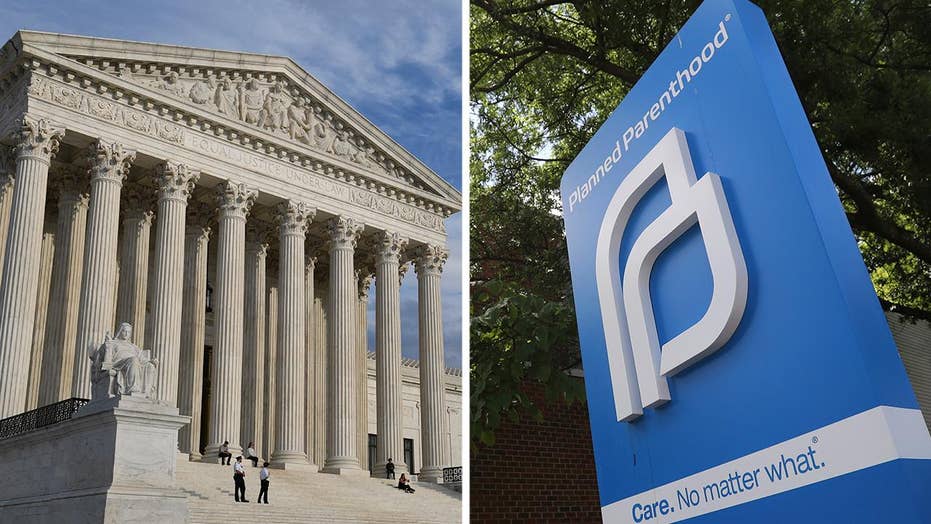 The American Civil Liberties Union and Planned Parenthood filed a federal lawsuit Friday in a bid to block Alabama’s strictest-in-the-nation abortion ban, touching off a legal battle that could eventually land before the Supreme Court.

The lawsuit, filed on behalf of abortion providers, said the new law “directly conflicts” with the Roe v. Wade decision and “more than four decades of Supreme Court precedent affirming its central holding” on abortion rights.

"For over 46 years -- since the Supreme Court decided Roe v. Wade -- U.S. law has recognized the fundamental constitutional right to make the profoundly important and personal decision whether or not to terminate a pregnancy," the lawsuit reads.

The Alabama law would make performing an abortion at any stage of pregnancy a felony punishable by up to 99 years or life in prison for the abortion provider. The only exception would be when the woman's health is at serious risk.

The law is set to take effect in November unless blocked by a judge. The suit, filed in federal court in Alabama, asks the court to block the law and declare it unconstitutional.

The Alabama law was only the latest – albeit the strictest – anti-abortion measure to be passed at the state level in recent months. It comes as conservative lawmakers prepare for a possible battle on the issue before the Supreme Court – where a conservative majority has emerged during the Trump administration.

Even the Alabama bill's sponsor has acknowledged the far-reaching legislation is aimed at sparking a new Supreme Court review of the landmark Roe v. Wade.

Governors in Kentucky, Mississippi, Ohio and Georgia have approved bans on abortion once a fetal heartbeat is detected, which can happen as early as the sixth week of pregnancy. The Alabama law, meanwhile, would appear to shatter one of the few areas of consensus in the abortion debate -- allowing exceptions in anti-abortion laws for rape and incest, which the Alabama legislation does not.

None of the laws has taken effect and all are expected to be blocked by the courts as the legal challenges play out with an ultimate eye on the Supreme Court.

"The American people want a fresh debate and a new direction, achieved by consensus and built on love for both mothers and babies. The time is coming for the Supreme Court to let that debate go forward," Marjorie Dannenfelser, president of pro-life organization the Susan B. Anthony List, said in a statement after the Alabama law passed.