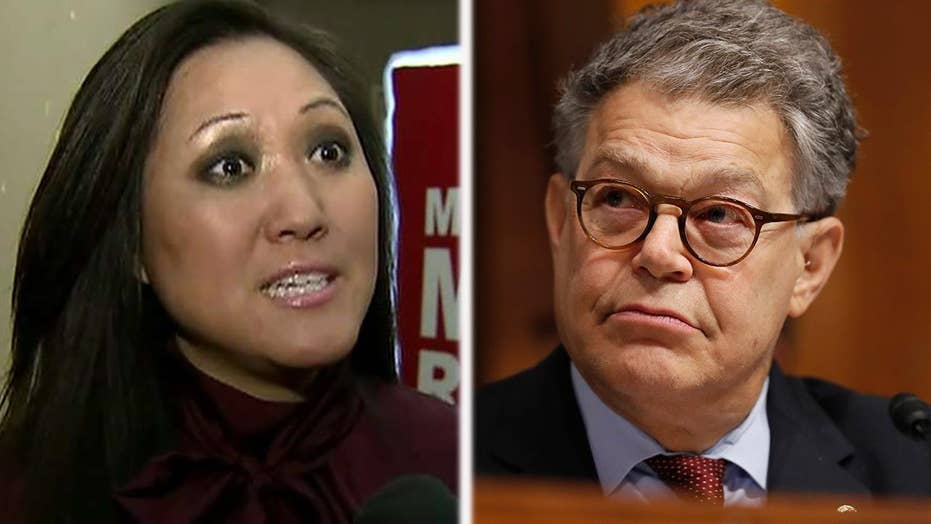 The chair of the Minnesota Republican Party told Fox News that Sen. Al Franken’s resignation on Thursday is a “huge” opportunity for the party to win over a Senate seat.

“There’s a number of great people I think that would be in the considerations to help us win a U.S. senate seat on the republican side in Minnesota that we haven’t held in a great number of years,” said Minnesota’s Republican Party Chair, Jennifer Carnahan.

“Today, Sen. Franken acknowledged that he could no longer serve in the Senate and resigned. As he and I discussed yesterday, this is the right decision,” Klobuchar’s statement said. “As the women who have come forward to tell their stories across America have made clear, sexual harassment is never acceptable.  In every workplace in America, including the U.S. Senate, we must confront the challenges of harassment and misconduct.”

Franken has been accused of sexual harassment by at least eight woman. During his resignation speech on the Senate floor Thursday morning, Franken said some of the allegations against of him are not true and he had hoped they would have been thoroughly investigated by the Senate Ethics Committee.

Ahead of Franken’s resignation, at least 38 U.S. senators called for the Minnesota senator to step down.

Whomever Dayton chooses to appoint will act as the sitting senator until the mid-term elections next year when voters will officially pick a new senator during a special election.

Minnesota Democratic-Farmer-Labor (DFL) Party Chairman Ken Martin said in a statement on Thursday that the senator made the right decision.

“He has been a tireless and strong progressive leader on behalf of Minnesotans in Washington, but that in no way excuses his behavior toward the women who came forward,” Martin said. “His resignation today is an important part of the healing process.”