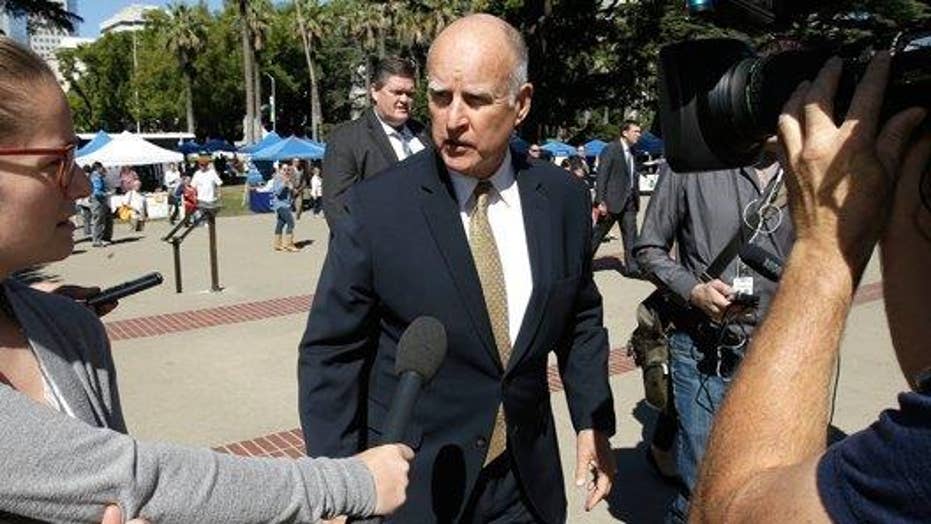 What's next for Jerry Brown amid illicit oil money scandal?

“It was a laundry machine for dirty energy contributions to the Brown administration, a slush fund of sorts, hiding big oil, utility and other dirty energy dollars in close proximity to officials’ actions,” said Jamie Court, president of Consumer Watchdog, the group that brought the complaint.

A Consumer Watchdog report “Brown’s Dirty Hands” highlighted transactions between 2011 and 2014 that seem to show contributions from Chevron, Pacific Gas & Electric Co. and Occidental Petroleum Corp. were given to the state’s Democratic Party around the time the party gave Brown’s campaign donations of similar amounts.

“Twenty-six energy companies with business before the state greased the skids via $9.85 million in political donations to Brown’s gubernatorial campaigns, ballot initiatives, favorite causes ... and the California Democratic Party since Brown’s run for office in 2010,” the report alleged.

In all, the companies gave $4.4 million to the state party, which gave Brown’s re-election campaigns $4.7 million.

Galena West, chief of enforcement for the Fair Political Practices Commission, confirmed Friday it is now investigating the California Democratic Party “for alleged violation of the Political Reform Act’s campaign reporting provisions resulting from information contained in your sworn complaint.”

However, West said the agency would not be investigating others named in the complaint, which would include Brown, at this time.

California Democratic Party spokesman Michael Soller told the Los Angeles Times his group has received the letter from West and they have “been cooperating fully with their inquiry.”

Brown over the years has sided squarely with environmentalists on issues like climate change, but also has sparred with them in other policy disputes.

Consumer Watchdog often has gone after Brown and other state Democratic leaders over the years.

In March, the FPPC opened an investigation into Brown’s executive secretary, Nancy McFadden, over a similar Consumer Watchdog complaint.

Calls to Brown’s office by FoxNews.com were not immediately returned.

A spokesman for the governor told The San Diego Union-Tribune, “The decision not to broaden the investigation speaks for itself.”

Consumer Watchdog, in its report, also questioned the timing of company contributions and alleged they were made the same time the governor was discussing California’s climate change initiatives.

“The timing on donations suggests that the Brown Administration used the Democratic Party as a pass-through to Brown committees as reward for legislative or regulatory action on behalf of these companies,” the report said.  “For example, at the end of December 2013, three months after weakened fracking legislation was chaptered, Chevron donated $350,000 to the Democratic Party. One week later, the party donated $300,000 to Brown for Governor 2014, while Chevron donated $54,400 to the campaign that day—the maximum amount allowed.”

A few weeks later, Brown came out against the oil severance tax that Consumer Watchdog argues would have produced billions for the state.

“Chevron had long opposed the tax,” the report said.

“Hopefully this will shed some light on what looks like a backdoor laundry machine for energy company contributions and probably extends beyond the energy industry,” Court said in a statement.