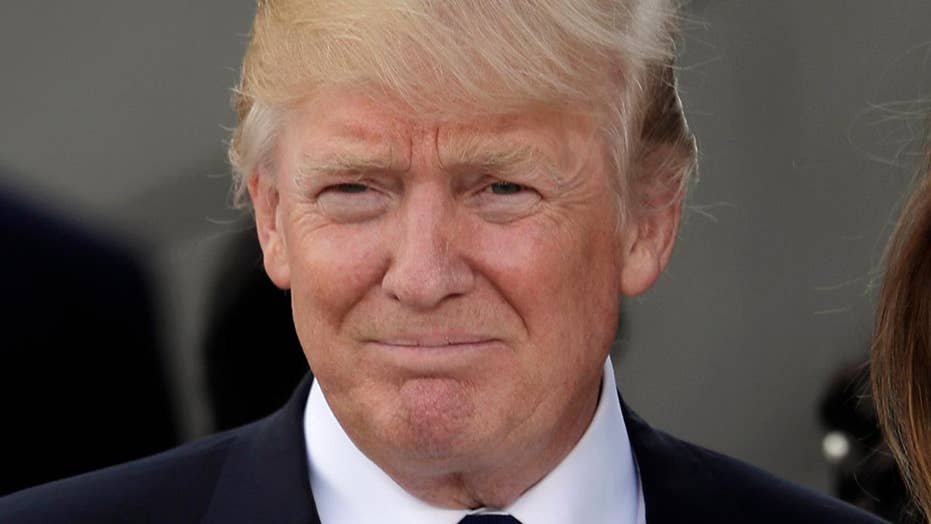 Arizona politicians clash with Trump ahead of campaign rally

Authorities are looking into the apparent hack of a road sign in Washington's scenic Rock Creek Park that was emblazoned with a profane message Monday morning about President Trump.

The electronic sign was supposed to inform drivers that a local road was closed for sewer work. Instead, all it said was: "F--- Trump."

A photo of the rogue sign was posted on a local D.C. blog on Monday afternoon.

It turns out the sign belongs to a D.C. Water contractor. But when reached for comment, the agency chalked up the presidential profanity to a hack.

“It was discovered yesterday morning that someone had hacked into one of the variable message boards used by a contractor,” Chief of External Affairs at D.C. Water John Lisle told Fox News in an email. “We were notified by our contractor who corrected the sign quickly and is taking additional steps to secure their signs and hopefully prevent something like this from reoccurring.”

An official with the District of Columbia's transportation department also said the sign had been "hacked."

Lisle told Fox News the U.S. Park Police may be investigating, as the sign was inside Rock Creek Park -- the sprawling 1,754-acre park overseen by the National Park Service.

U.S. Park Police did not immediately respond to Fox News’ request for comment.

This isn't the first time a road sign has been breached in order to blare an anti-Trump message. Last year, a Texas sign was hacked to declare Trump a "shape-shifting lizard."