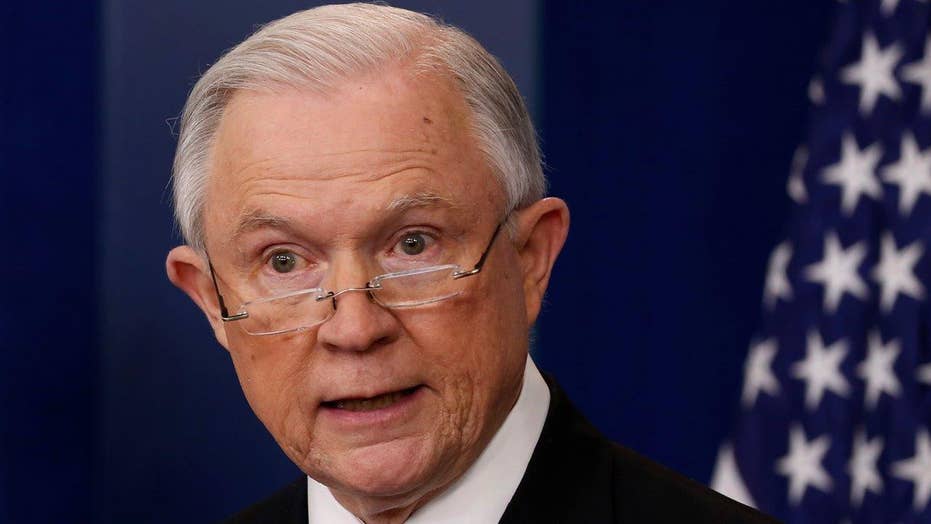 When Attorney General Jeff Sessions threatened Monday to pull funding from local and state governments that refuse to comply with federal immigration enforcement laws, he cited a report the Department of Homeland Security released last week highlighting more than 200 cases of immigrants released from custody without notifying federal authorities.

Immigration and Customs Enforcement (ICE) published its first report last week titled “Declined Detainer Outcome,” which was mandated by a Jan. 25 executive order issued by President Trump. The report focused on the week of Jan. 28 through Feb. 3.

The ICE report included examples of criminal charges associated with those released illegal immigrants such as drug possession, domestic violence and assaults, in addition to highlighting the jurisdictions that do not comply with detainers on a routine basis.

According to the Department of Homeland Security, the report will be issued weekly to highlight jurisdictions that have “declined to honor” ICE detainers or requests for notification.

Clark County, Nev., had the highest number of declined detainer requests at 51, followed by Nassau County, N.Y., at 38, and Cook County, Ill. at 13.

But Officer Michael Rodriguez of the Las Vegas Metropolitan Police Department in Clark County, Nev., said the report “unfairly portrays” the department as a “non-cooperative jurisdiction.”

“The LVMPD does, in fact, participate in the 287(g) program as a jail-based review of immigration status and has for many years,” Rodriguez said. “ICE is notified when a person in our custody has a detainer -- since January 2017, 99 inmates have been released to ICE’s custody.”

But according to DHS, a jurisdiction’s appearance on the report is not an “exclusive factor” in determining its level of cooperation with ICE, but rather intended to provide the public with information regarding criminal actions committed by aliens and jurisdictions that ignore ICE requests.

“Our goal is to build cooperative, respectful relationships with our law enforcement partners,” Homan said. “We will continue collaborating with them to help ensure that illegal aliens who may pose a threat to our communities are not released onto the streets to potentially harm individuals living within our communities.”

The Department of Homeland Security told Fox News the next report of this kind will be released later this week.