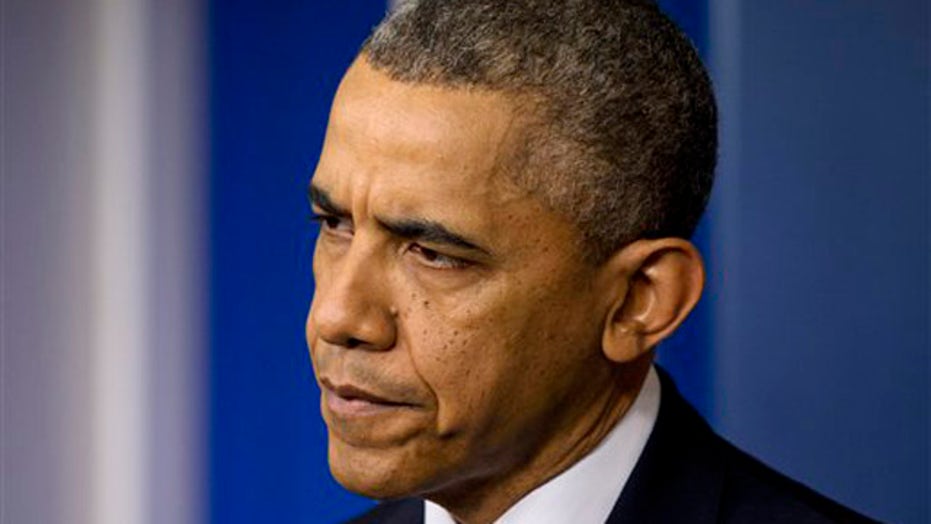 Report: Source claims US officials will not be monitoring freed detainees in Qatar

The Obama administration largely bypassed the intelligence community to green-light the risky swap of five Taliban leaders for American Sgt. Bowe Bergdahl, officials tell Fox News, as new details emerge about concerns with the deal at the highest levels of President Obama's team.

A military intelligence source also confirmed to Fox News that a second option -- involving the payment of a cash ransom for Bergdahl's freedom -- was pursued as late as December 2013.

The source said the goal was to reach out to Pakistan leadership with direct ties to the Taliban, and float the possibility of trading cash, instead of prisoners, for Bergdahl. That option, though, was put "on hold" in December when it was made clear the administration intended to pursue a prisoner swap.

Intelligence officials confirmed to Fox News that the Bergdahl prisoner swap was then on an accelerated track, and no formal assessment of the entire intelligence community was conducted. This made the opportunity to push back against the transfer extremely limited.

Further, top officials including Director of National Intelligence James Clapper and then-Defense Secretary Leon Panetta were firmly against the proposed transfer in 2012 after it was first floated.

The details add to concerns that the White House and others involved in the decision did not adequately assess the risks before springing five senior Taliban leaders from Guantanamo over the weekend.

"I think he bypassed the intelligence community," Sen. Marco Rubio, R-Fla., told Fox News. "I believe he bypassed Congress because this was done for political reasons. There was no policy justification for this."

Sen. Saxby Chambliss, R-Ga., the top Republican on the Senate Intelligence Committee, claimed the freed Taliban members are likely more dangerous now than they were when they were captured.

"This is Mullah Omar's board of directors, it's his fab five team," he told Fox News, referring to the Taliban leader. Chambliss has called on the administration to declassify the files on the five men.

The Washington Post reports that Panetta and Clapper weren't the only ones who had misgivings about a prisoner trade after it first came up. According to an article on Wednesday, then-Secretary of State Hillary Clinton also opposed the original terms of the prisoner exchange deal.

It's unclear how the terms may have changed since then, and whether different Guantanamo prisoners were considered since the original plan emerged.

Clapper's office and other intelligence agencies have been notably quiet since the prisoner trade was announced over the weekend. In a brief statement, a spokesman for Clapper said he had concerns but the conditions of the transfer limited the risk.

One Gulf official, though, was quoted by Reuters on Tuesday saying the Taliban leaders would be free to move about in Qatar -- where they are staying -- for a year, and then would be allowed to travel outside the country.

In an apparent attempt to turn the transfer into propaganda, the Taliban have also released a video showing the handover of Bergdahl into U.S. custody. It was emailed to media outlets on Wednesday -- a Pentagon spokesman said they have "no reason to doubt [its] authenticity."

According to Time magazine, the decision to proceed with the transfer was ultimately made among top officials on Obama's national security team.

Given past opposition to the plan, though, one unidentified official told Time: "This was out of the norm." The official said the White House and State Department had previously urged the military to "suck it up and salute."

Members of Congress who were first briefed on a possible trade more than two years ago voiced similar concerns.

House Speaker John Boehner said Tuesday the administration "never satisfactorily answered" lawmakers' questions and concerns that surfaced from the beginning about the proposed trade. Further, Boehner alleged that the only reason the administration failed to notify Congress is "the administration knew it faced serious and sober bipartisan concern and opposition."