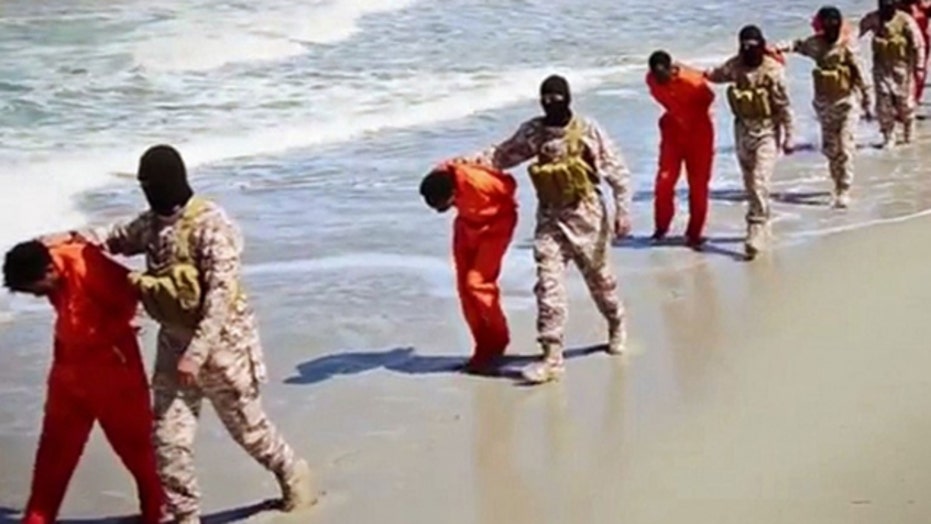 Activists warn Christians in Middle East may be wiped out

Advocates calling for Obama administration to do more

Advocates are calling for the Obama administration to do more to aid hundreds of thousands of Middle East Christians fleeing the Islamic State and escaping situations where they are often told to either convert to Islam or die.

Many of those refugees are seeking asylum in the U.S., and activists want the government to do more to help them, arguing that the alternative is the extinction of their culture.

“I think Christians in Iraq and Syria are feeling a lot like the Jews felt before the Nazi Holocaust, and now is the time to get them out,” Johnnie Moore, author of "Defying ISIS," told Fox News. “Because the fact is if we don't get them out they could see the total elimination of their faith and culture.”

Others, like activist Mark Arabo, have taken matters into their own hands and have arranged private extractions, reuniting Christians from the Middle East with their families in countries that will accept them.

“We've always said these folks that we rescue -- they won't take any social assistance, they'll get a job. They'll make sure we have a home for them, they get language training. They don't want any special treatment,” Arabo said.

“They just want a chance to live,” Arabo said.

However, U.S. officials have said they are particularly concerned about applications from the Middle East, especially due to fears about terrorists exploiting the system and gaining entry to the U.S. under false pretenses and phony asylum claims.

In a statement to Fox News, U.S. Immigration and Customs Enforcement said that when considering the cases, it “weighs a variety of factors, including the person’s conviction record, immigration history, ties to the community, risk of flight, and whether he or she poses a potential threat to public safety.”