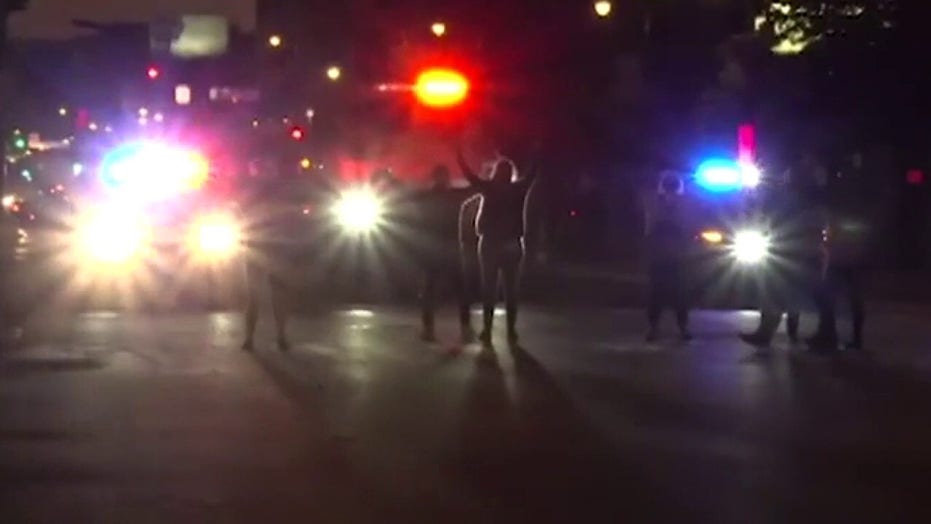 The Hill media reporter Joe Concha weighs in on attacks and harassment reporters are facing while covering protests.

The American Civil Liberties Union this week filed a lawsuit against a number of Minnesota law enforcement agencies alleging that they violated journalists' constitutional rights by interfering with their coverage of protests and riots in the Minneapolis area in the wake of George Floyd's death in the custody of the Minneapolis Police Department.

The suit, which features freelance journalist Jared Goyette as its lead and only named plaintiff, says that law enforcement agencies violated journalists' First, Fourth and Fourteenth Amendment rights by interfering with their news coverage, using force and threats of force to limit the journalists' "freedom of movement," and did so without giving the journalists a reasonable "warning and opportunity to disperse" when ordered to by police.

"Law enforcement is using violence and threats to deter the media from vigorously reporting on demonstrations and the conduct of police in public places," ACLU of Minnesota Legal Director Teresa Nelson said in a statement. "We depend on a free press to hold the police and government accountable for its actions, especially at a time like this when police have brutally murdered one of our community members, and we must ensure that justice is done."

ACLU Suit Against Minnesota... by Fox News on Scribd

She added: "Targeting journalists erodes that public trust even further."

The suit aims to represent not just Goyette, but also other members of the media who "will in the future observe and record protest activity and the conduct of law enforcement officers" in Minneapolis as a class-action.

In Goyette's specific case, the suit alleges that he "was deliberately targeted and shot with a rubber bullet during the course of his reporting activities." It also lists numerous cases of reporters being hurt by gas and other non-lethal tactics police used to push back crowds of people who were out in the streets of Minneapolis and several cases of reporters actually being arrested. That includes CNN reporter Omar Jimenez, who was handcuffed on live television while apparently making efforts to comply with police orders.

Minnesota Gov. Tim Walz personally apologized to Jimenez, who was arrested by the Minnesota State Patrol, on the network on Wednesday.

"Thank you for the professionalism, thank you for understanding, and I'm deeply sorry," Walz said. "And you can know that we've made other mistakes on this as far as making sure that you have access. But protocols and everything else, as we're learning, have to change because we have to create the space for you to tell the story."

Goyette, in a tweet about the lawsuit, alluded that the police interfered with his reporting work, an allegation along the lines of what the ACLU suit says constitutes a violation of the reporter's First Amendment rights.

"When I was hit by a police projectile, an incident that is now part of an @ACLUMN class-action lawsuit against the MPD, I was trying to document what was happing to this man, and the efforts of people like @JaymalGreen to keep him alive," he said. "Never got a chance to finish."

On Wednesday, the judge in the case ordered the defendants to file a response by Friday. The judge also set an argument for Monday at 3 p.m. on motions filed by Goyette and the ACLU to certify their class and to get a temporary restraining order against the law enforcement agencies which would bar them from arresting journalists or using force against them, including non-lethal projectiles and pepper spray.