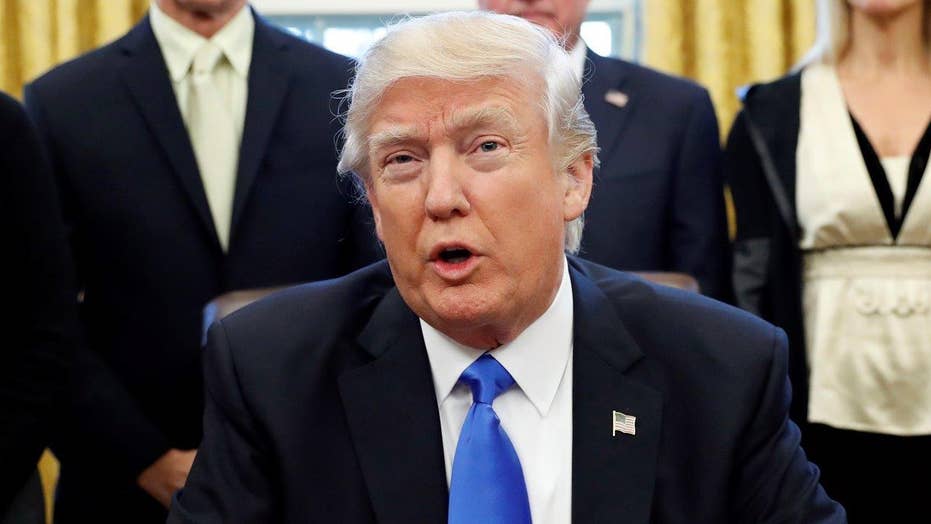 The American Civil Liberties Union received millions in donations over weekend amid the backlash over President Trump’s executive order to suspend the country’s refugee program and temporarily ban immigration from seven-mostly Muslim nations.

"It's really clear that this is a different type of moment," Romero told USA Today. "People want to know what they can do. They want to be deployed as protagonists in this fight. It's not a spectator sport."

A federal judge in New York blocked part of Trump’s order Saturday, giving an emergency stay to those who were being held at airports nationwide over the immigration ban in response to the ACLU lawsuit.

According to the organization, nearly 140,000 people signed up for their email list since Saturday. Pop star Sia and Rosie O’Donnell both contributed $100,000. Ride-sharing service Lyft agreed to donate $1 million as well.

Trump and top aides doubled down on the order Sunday, despite nationwide protests and congressional Democrats vowing a relentless Capitol Hill fight to undo the order.

“America is a proud nation of immigrants, and we will continue to show compassion to those fleeing oppression. But we will do so while protecting our own citizens and border,” Trump said Sunday afternoon. “This is not a Muslim ban, as the media is falsely reporting. … My first priority will always be to protect and serve our country, but as president I will find ways to help all those who are suffering.”

Trump issued the statement as hundreds of protesters marched in Washington and in other cities across the country to protest the president's self-described “extreme vetting” -- which resulted this weekend in dozens of foreign visitors and some legal permanent U.S. residents being detained at domestic airports.

On Saturday afternoon -- as reports surfaced about foreign visitors being detained at New York’s Kennedy airport and elsewhere -- Trump said his plan to prevent Islamic terrorists and others for attacking the United States was “working out very nicely.”

Along with Democratic lawmakers, and some Republican lawmakers, Romero told USA Today that Trump “has to understand governing is different than running for office.”

He added that Trump “is walking down a dangerous path.”