New Jersey Gov. Chris Christie reacts to a question in Trenton, N.J., Friday, Dec. 13, 2013, after he announced that Deborah Gramiccioni would replace Bill Baroni as executive deputy director of Port Authority of New York and New Jersey. Baroni, one of Christie's top appointees, resigned Friday amid an escalating probe into ramp closings on a bridge into New York City. The resignation of Baroni comes a day after the Democratic National Committee tried to link Christie, a Republican, to the controversy and a state lawmaker issued seven subpoenas to Baroni and other agency officials. Christie said he was certain the shutdowns were not politically motivated. (AP Photo/Mel Evans)

Students at New Jersey public colleges who are in the United States illegally will get an immediate tuition break after Gov. Chris Christie signed a bill Friday allowing them to pay in-state tuition rates.

The bill, which had become a political complication for the Republican governor and possible presidential candidate in 2016, was the result of a deal reached Thursday.

As part of the pact, lawmakers agreed to drop a provision that would have also made the students eligible for state financial aid if they qualified under income guidelines. Christie had resisted going that far, saying it would be costly for the state and also make New Jersey a magnet for students in the country illegally but living in other states.

The Democrat-controlled Legislature acquiesced to Christie's position and passed a new version of the bill Thursday.

By agreeing when they did, lawmakers gave up something they wanted but managed to get the new tuition rates put in effect for the semester that begins next month at most state colleges and universities.

Until now, foreign-born students who are not citizens have paid the more expensive out-of-state tuition rate.

The difference is significant. At Rutgers, the state's flagship public university, the in-state tuition is $10,700 annually — $14,000 less than the out-of-state cost. Full-time students also pay nearly $3,000 in fees, and room and board are extra.

At least a dozen states have similar laws, including Texas and California, the two states with larger foreign-born populations than New Jersey.

Christie came out in support of the bill, often called the Dream Act, during his re-election campaign after previously objecting because of its cost, but not the principle of equality for students.

The governor won re-election by 22 points and got the support of half the state's Hispanic voters.

But after the election, he objected to the specific version of the bill that was working its way through the legislature. He said he would not sign a bill with the financial aid provision.

Some critics accused him of changing positions for the sake of his re-election and then switching back. 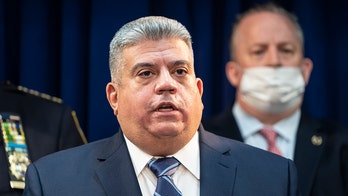 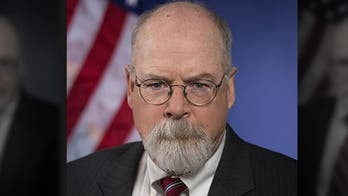