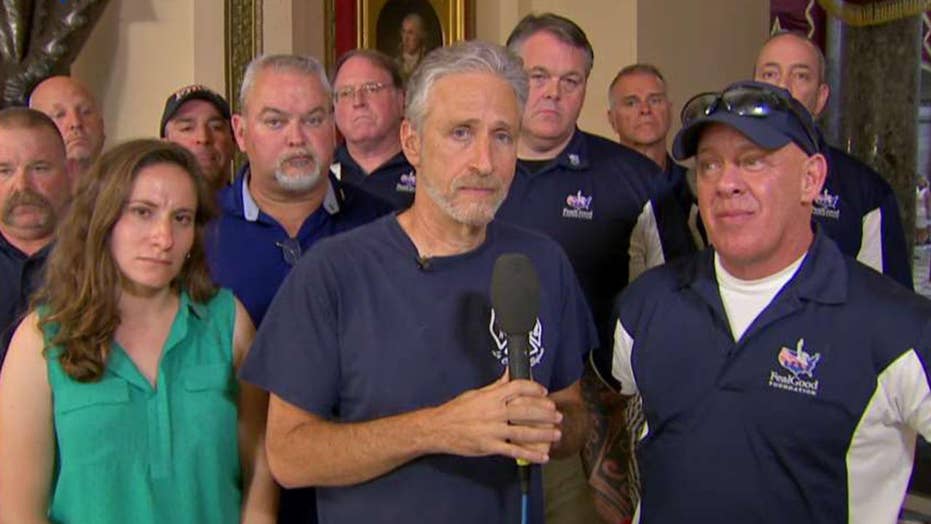 John McLean, a retired New York City firefighter who was among one of the first at the scene on 9/11 and suffers from a multitude of illnesses related to the terrorist attacks, says he's heartened by Friday's news that the House overwhelmingly passed a bill to extend the compensation fund for first responders.

Still, this "step in the right direction" does not guarantee funding for more than 40,000 people who have applied for benefits through the 9/11 Victim Compensation Fund. Some remain uneasy, with the fund set to run out of money by 2020 and benefit payments slashed.

More than $5 billion in benefits has been awarded out of the fund, with about 21,000 claims pending.

"My daughter's only 12," said McLean, 54, whose ills include respiratory disease and a past heart attack.  "If I die, my pension dies with me -- and that’s who I'm worried about."

McLean, a veteran firefighter who left his post due to illness in 2018, expected to earn nearly $545,000 in compensation because of his inability to work, but his payout to date has been significantly lower, $15,000, a result of a fund that's drying up.

The Congressional Budget Office on Thursday estimated that another $10.2 billion would be needed to compensate victims through the next 10 years. The bill survivors are pushing asks for a guarantee for the next 70, and lawmakers are unsure where that money will come from.

"It's going to be a prolonged thing," McLean told Fox News on Friday. "It's not something that's going to end in 10 years as more and more people are getting sick."

“Sadly, this bill comes to the floor without any provision to pay for the program,” Collins said. “No provision at all. This bill, according to the Congressional Budget Office, will cost $10.2 billion, and that’s just during the first decade of the seven decades this bill extends the program.”

Michael Barasch, a New York attorney who represents 15,000 first responders with claims through the fund, including McLean, told Fox News "it really doesn’t matter" where the money comes from, as long as victims are assured of financial security for their families.

"This is a necessity and it’s a necessity for responders that came from all over the country when they heard the call," he said, referencing more than 2,000 firefighters, police officers, federal agents and others who have died from 9/11-related diseases. That number is only expected to climb, according to the Centers for Disease Control and Prevention's World Trade Center Health Program.

The bill, which passed with overwhelming bipartisan House support, still has to pass the Senate, and Senate Majority Leader Mitch McConnell, R-Ky., has promised to "consider this important legislation soon."

More than 40,000 people have applied to the fund, intended to apply to illnesses that are potentially related to having been at New York's Ground Zero, the Pentagon or Shanksville, Pa., after the attacks.