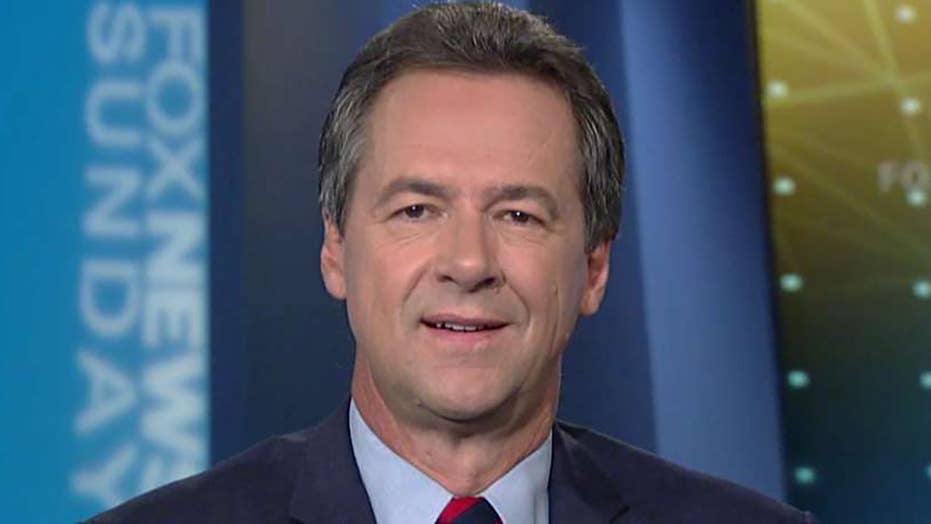 With the deadline to qualify for next month’s third round of Democratic presidential debates closing in, the Democratic National Committee is facing an angry chorus of criticism from the candidates not likely to make the cut.

At issue is the DNC’s criteria for the contenders to take part in the prime-time showdown, including contributions from 130,000 individual donors and reaching at least 2 percent in four qualifying polls.

“The DNC’s process is stifling debate at a time when we need it most,” charged Sen. Michael Bennet of Colorado – a lower-tier White House contender who is all but certain not to qualify for the third round.

Montana Gov. Steve Bullock, who also needs a miracle to qualify by the end-of-Wednesday deadline, argued that “these DNC debate rules have turned this primary into the ‘The Hunger Games’ — each step of this seems to be all about getting donors.”

While the criticism is not new – the DNC faced similar jabs earlier this year when many of the longer-shots for the nomination struggled to make the stage at the first and second round of debates – this time around the national party committee is specifically being attacked over the dearth of qualifying polls. Critics say this is unfairly preventing candidates close to qualifying from actually making the stage.

The campaign of billionaire environmental and progressive activist Tom Steyer – who’s just one poll short of making the stage – charged that its candidate is “being denied” the ability to qualify “by the lack of recent qualifying polls.”

Steyer’s campaign on Friday called on the DNC "to expand their polling criteria to include more qualifying polling, including at least one poll in Nevada before the deadline next week. As a party, we want to ensure the will of the voters is respected.”

Rep. Tulsi Gabbard of Hawaii is two polls shy of qualifying for the third round of debates. Her campaign urged that the DNC “revise their list of debate qualifying polls in light of numerous irregularities in the selection and timing of those polls, to ensure transparency and fairness.”

The Gabbard campaign also argued that “the DNC has not released their criteria for selecting the 16 polling organizations they deemed ‘certified.’”

The congresswoman’s campaign noted that Gabbard topped “2 percent support in 26 national and early state polls, but only two of them are on the DNC’s ‘certified’ list.”

Gabbard registered at 3 percent in the only live telephone operator conducted poll in the first-in-the-nation presidential primary state of New Hampshire. That poll was the first to come out since the second round of Democratic presidential primary debates late last month. But the survey – from the Boston Globe and Suffolk University – is not on the DNC’s list of qualifying polls.

DNC War Room director Adrienne Watson defended the criteria, telling Fox News that “the debate rules have been public for months, and candidates have been given more opportunities and more time to qualify for debates than in previous cycles."

And the DNC noted that polling windows – which range from two to six months – are longer than in cycles past and that the approved list of polls is longer than in any previous cycle.

Klobuchar likened the struggle to make the debate to a “Game of Thrones situation.”

But she highlighted the importance of making the cut – noting “I am really glad to have made it to the debates in the fall. I think that’s going to give me a major opportunity and especially if we go into two nights to be able to answer questions in more than 30-second soundbites.”

Yang told Fox News on Monday that “I’m a little bit biased because I’m making the fall debates so I think the rules are fine…I think the DNC has been very fair and open and transparent.”

And jabbing some of his rivals in a record-setting field of roughly 20 White House hopefuls, the first-time politician said “the rules have been out there for us all to see for months and if you were going to complain about the criteria, you would probably want to complain about it a little bit earlier in the process to make it seem like it’s not purely self-interested.”

“I don't think it's sour grapes to fight hard for a chance to be on the debate stage,” Tran noted. “Whether you're leading the polls, rounding out the middle tier, or circling the drain, the debates are every candidate's best and most effective shot at making their case to millions of people about why they are the right choice to be commander-in-chief.”

But Tran – who ran communications for the Barack Obama-tied Organizing for America and served as a senior official in his administration – said that “every single candidate is subject to the same rules and has the same opportunity to meet the qualifications. It's a delicate balance for the DNC to be as inclusive as possible without crippling the eventual nominee.”

She stressed that “at some point, the field must narrow. The sooner that happens, the sooner the remaining candidates and then the eventual nominee can focus on building the foundational infrastructure required to actually win the White House.”