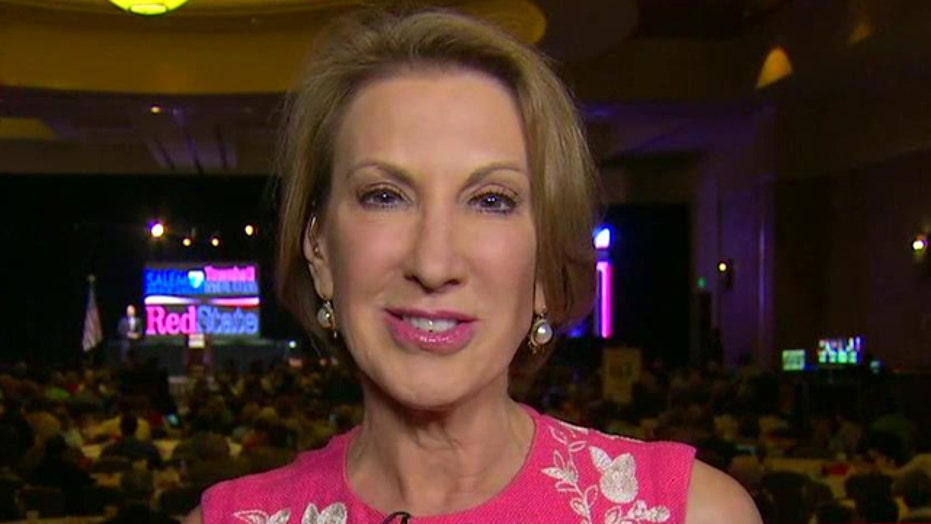 The only thing wider than the Republican field Friday morning was the range of pundit scorecards over who won the kick-off presidential debates.

In fact, the only thing the analysts seemed to agree on was that former HP exec Carly Fiorina dominated the early, 5 p.m. showdown. Her performance lit up social media, and in the run-up to the second debate she was even out-trending Donald Trump on Twitter.

But after that, there was little consensus about who emerged from the prime-time debate glowing.

Mark Meckler, president of Citizens for Self-Governance, declared front-runner Trump, "the man with the most to lose, lost the most."

But others said he dominated by staying true to his hard-hitting, no apologies style. The Hill's Niall Stanage tagged him one of the debate winners, saying he showed "all the flamboyance that has propelled him to the top of the Republican field."

If anything, the range of opinions shows the field is as wide open as ever. The opening debates gave even lesser-known candidates a chance to shine and yielded no "oops"-style moments to doom anyone's campaign.

"I think everyone had their moment," Fiorina told Fox News on Friday. "This debate was the start, not the end."

Fiorina perhaps stands to gain the most, considering her low standing in the polls before the debate.

Saying she had the lowest name ID going into the night, Fiorina told Fox News, "I think a lot more people know who I am and know that I'm running for president."

The candidates are keeping a packed schedule Friday. Former Florida Gov. Jeb Bush is heading to New Hampshire. And several are attending the RedState Gathering in Atlanta, including Fiorina.

Debate night itself was filled with lots of jabbing, one-liners that resonated with the audience, and vitriol aimed at the Obama administration and Hillary Clinton. The Republicans sparred with each other plenty, but nobody landed a KO, leaving the 17-candidate field intact heading out of the Cleveland showdown.

Trump gave no ground under tough questioning from moderators. Whether some of his blunt answers -- on potentially launching an independent run, on his past disparaging remarks about women -- damage him remains to be seen. But the stage was a forum for several other candidates to make their case.

Kasich positioned himself as the compassionate conservative. Rubio stuck to policy and the Obama administration, and earned high marks from some analysts. New Jersey Gov. Chris Christie nearly out-Trumped Trump with his brash responses.

For his part, Bush found himself on defense several times and largely avoided tangling with Trump on the Fox News/Facebook stage.

Perhaps the most fiery moment came in an exchange between Christie and Kentucky Sen. Rand Paul. Long-simmering tension between the two exploded when Christie stood by his criticism of the senator for opposing NSA bulk collection of Americans' phone data.

Paul said he's "proud of standing for the Bill of Rights," but Christie called his stance "completely ridiculous" -- suggesting he wants to cherry-pick only some data.

"When you're sitting in the subcommittee just blowing hot air about this, you can say things like that," Christie said.

Trump, the billionaire businessman front-runner, also sparred at the outset of the debate with Paul after refusing to pledge to support the eventual GOP nominee if it's not him and to swear off an independent run.

"I will not make the pledge at this time," Trump said.

Paul accused him of "hedging his bet on the Clintons."

A big question going into the debate was whether Bush would aggressively challenge Trump and try to knock him off his perch.

But he would only go so far as to question Trump's tone, calling his language "divisive." Hours before the debate, Politico ran a story saying Bush recently told a donor he thinks Trump is a "buffoon" and a "clown." Asked about that report on stage, Bush denied it.

As for his tone, Trump said it's "medieval times" in the Middle East, and, "We don't have time for tone."

But other candidates were able to stand out on the crowded stage. Retired neurosurgeon Ben Carson called Hillary Clinton the "epitome" of the progressive movement.

Rubio landed laughs when, upon being asked about his faith in God, he said: "I think God has blessed us, he's blessed the Republican Party with some very good candidates. The Democrats can't even find one."

Rubio also vowed to repeal and replace ObamaCare, and called the lack of accountability after the Veterans Affairs scandal "outrageous."

Former Arkansas Gov. Mike Huckabee vowed to defend entitlements and stood his ground on social issues. He blasted Planned Parenthood and defended his pro-life views, accusing abortion providers of "selling" fetal parts "like they're parts to a Buick."

Kasich, like Walker and Bush, tried to keep the focus on his record in his state.

"America is a miracle country and we have to restore the sense that the miracle will apply to you," he said.

And he defended his decision to expand Medicaid under ObamaCare in his state, noting "President Reagan expanded Medicaid three or four times."

"Everybody has a right to their God-given purpose," Kasich said. "And finally, our Medicaid is growing at one of the lowest rates in the country."

And Cruz vowed, if elected, to prosecute Planned Parenthood, cancel the Iran nuclear deal and nix Obama's executive orders. "I believe the American people are looking for someone to speak the truth," he said.