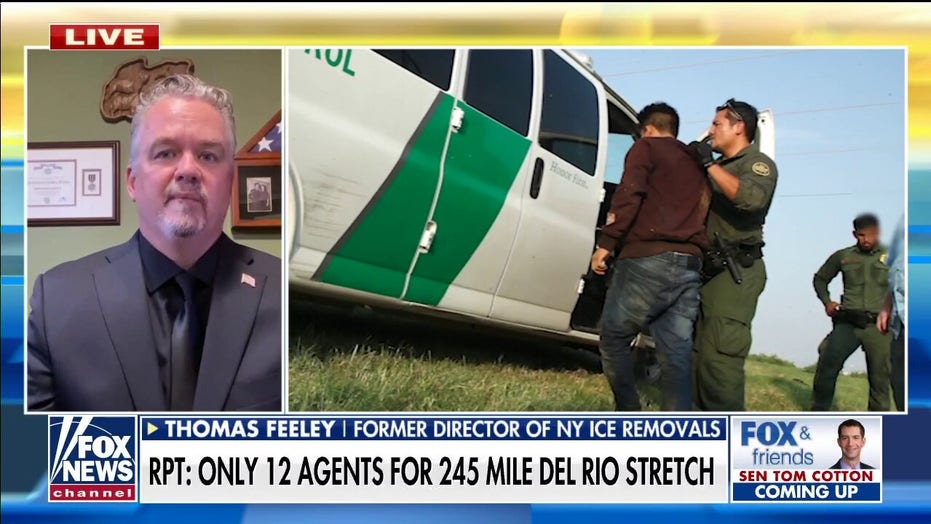 Former ICE official: Biden sending a message that he does not care about illegal immigration

A coalition of 16 attorneys general is pushing back against "interim guidance" issued under President Biden’s administration which limits the number of deportations and immigration-related arrests by U.S. Immigration and Customs Enforcement (ICE).

The interim guidance memorandum, issued in February, prevents immigration officers from arresting some illegal immigrants unless they fall into three categories: those who pose a threat to national security, those who have crossed the border since Nov. 1, and those who committed "aggravated felonies." Brnovich has warned that if ICE doesn't pick up convicted illegal immigrants who don't fall under the three categories for arrest, they will endanger surrounding communities.

The coalition, led by Arizona Attorney General Mark Brnovich, filed an amicus brief at the Fifth Circuit Court of Appeals on Tuesday, asking the court to deny the administration's request for a stay pending appeal, so that Biden's guidance to stop enforcing immigration laws will be stopped while the case makes its way through the appeals process.

"The Biden Administration continues to intentionally violate federal immigration laws and endanger all Americans," Brnovich said in a statement. "We continue to see the release of convicted felons, COVID-19 positive migrants, and record levels of dangerous drugs into cities across our country. These reckless policies are illegal, unconscionable and disgraceful. The Biden Administration must be held accountable."

In the filing, the attorneys general warned that the "border is in crisis" and said the Biden Administration stands in "brazen defiance of legal requirements."

"This Administration is increasingly and alarmingly lawless. And the States continue to suffer escalating irreparable harm as the border slips further and further away from the Administration’s control. This Court should deny Federal Defendants’ motion for a stay pending appeal," the attorneys generals wrote.

"The Biden Administration’s brazen defiance of legal requirements underscores the need for this Court to act quickly and forcefully to break the Administration’s escalating pattern of contempt for the rule of law," the attorneys general added. "That disrespect is apparent both in this case, and is also particularly apparent from its recent unlawful extension of the eviction moratorium and refusal to abide by legal obligations to consider impacts on States and local governments."

In March, Arizona and Montana sued to block the Biden administration from implementing the guidance, with Brnovich labeling the guidance as "unconscionable and a violation of federal law."

While not specifically party to the lawsuit, the states that joined Arizona and Montana on the brief include Alabama, Arkansas, Florida, Georgia, Indiana, Kansas, Mississippi, Missouri, Nebraska, Ohio, South Carolina, South Dakota, Utah, and West Virginia.

A press release from Brnovich's office stated that "ICE officers are averaging just one interior arrest every 2.5 months," adding that in "Arizona, deportations for those outside of 'priority categories,' including aggravated felons, have dropped by 98 percent since the ‘Interim Guidance’ went into effect."

Fox News reached out to the White House for comment, but no immediate response was given.