Chris Wallace is the anchor of FOX News Sunday (FNS), Fox Broadcasting Company's Sunday morning public affairs program. He joined FOX News Channel (FNC) in 2003 and is based in Washington, D.C. In 2014, he marked his 50th year in the broadcasting industry.Read More

Throughout his nearly two decades at FNC, Wallace has participated in coverage of nearly every major political event and has also secured several high-profile interviews with dignitaries and U.S leaders. Most recently, Wallace was chosen by the Commission on Presidential Debates (CPD) to moderate the first presidential debate of the 2020 election season between Democratic presidential nominee and former Vice President Joe Biden and incumbent President Donald Trump. The debate was the highest-rated in cable news history with nearly 18 million viewers and was his second time moderating a CPD presidential debate. In addition to moderating the first presidential debate, Wallace has also contributed to coverage of every major 2020 political event, including the Democratic National Convention and the Republican National Convention, among others.

In July 2020, Wallace’s wide-ranging interview with President Donald Trump was met with praise from all sides of the aisle and he also sat down with President Trump for his first interview since being elected, which garnered record ratings for the show. In 2018, Wallace presented an exclusive interview with Russian President Vladimir Putin following the summit with President Donald Trump in Helsinki, Finland. The interview drew universal praise for Wallace's tough questions, and an audience of nearly 3.2 million during the 6PM/ET timeslot. In addition, Wallace contributed to FNC's live coverage of the United States and North Korea summit that took place in Singapore. In April 2018, he presented an exclusive interview with President of France Emmanuel Macron from the Elysee Palace in Paris. Wallace also covered former Federal Bureau of Investigation (FBI) director James Comey's testimony before the Senate Intelligence Committee. In May 2017, Wallace presented an interview with former Vice President Al Gore involving President Trump's withdrawal from The Paris Climate Agreement.

In 2016, Wallace became the first journalist from FNC to moderate a general election presidential debate on October 19th, 2016 at the University of Nevada, Las Vegas. He received notable accolades from both sides of the aisle for his tough questioning of both presidential candidates at the third and final debate of the 2016 election. Additionally, in 2016, Wallace held an exclusive interview with then-President Barack Obama, which marked his first interview on FNC since 2014 and his first appearance on FNS since being elected President. Chris Wallace previously interviewed Obama in 2009 and 2013 for FNC and in 2008 for FNS as then-Senator Obama.

In August 2015, Wallace co-moderated the first GOP presidential debate of the 2016 election cycle. According to Nielsen, the debate delivered 24 million total viewers and 7.9 million in the key 25-54 demo, making it the highest-rated non-sports cable telecast of all time. Wallace also co-moderated the network's second and third debates of the 2016 cycle, held on January 28th in Des Moines, IA and March 3rd in Detroit, MI. Additionally, he contributed to coverage of America's Election Headquarters as a campaign cowboy alongside FNC contributors Karl Rove and Joe Trippi. On March 15th, 2016, FNC's coverage of the primary races in the seven select states averaged a total of five million viewers, making it the highest-rated primary night in cable news history, according to Nielsen.

During the 2012 political season, Wallace played an integral role in FNC's coverage, interviewing a number of top Obama administration officials in the election cycle, including former Chief of Staff Jack Lew, former Senior Advisor David Plouffe, and former Treasury Secretary Timothy Geithner as well as former Senior Advisor David Axelrod. Wallace also interviewed all the Republican presidential candidates during the 2012 Republican primaries and sat down with former Republican presidential candidate Mitt Romney prior to the election and, notably, in his first televised interview following his loss. He also served as a panelist in a number of FNC's Republican primary debates and contributed to FNC's election coverage on America's Election Headquarters.

In prior election years, Wallace served as a panel member and moderator of FNC's South Carolina, New Hampshire and Orlando debates during the 2012 primary campaign season. He also played an integral role in FOX News' 2008 and 2004 election coverage.

Throughout his 50-plus years in broadcasting, Wallace has won every major broadcast news award for his reporting, including three Emmy Awards, the Dupont-Columbia Silver Baton, the Peabody Award and the Sol Taishoff Award for Broadcast Journalism, which was awarded to him by the National Press Foundation. Most recently, he received the ICFJ Founders Award for Excellence in Journalism, for "his unbiased, piercing approach to interviews." In 2013, Wallace earned the Paul White Award for lifetime achievement and service to electronic journalism from the Radio Television Digital News Association. Wallace has been described as an "equal opportunity inquisitor" by The Boston Globe, "an aggressive journalist," "sharp edged" and "solid" by The Washington Post and "an equal-opportunity ravager" by The Miami Herald.

Before joining FNC, Wallace worked at ABC News for 14 years where he served as the senior correspondent for Primetime Thursday and a substitute host for Nightline. During his tenure with ABC News, Wallace hosted multiple groundbreaking investigations and received numerous awards for his work.

Prior to joining ABC News, Wallace served a NBC's Chief White House correspondent from 1982-1989. While at NBC, he covered the 1980, 1984 and 1988 presidential campaigns as well as the Democratic and Republican conventions in those years. Wallace moderated Meet the Press from 1987-1988, making him the only person to have hosted two Sunday talk shows. He also anchored the Sunday edition of NBC Nightly News from 1982-1984 and 1986-1987. Wallace began his career with NBC at WNBC-TV (NBC 4) in New York in 1975. 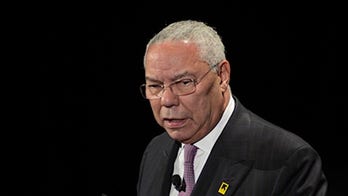 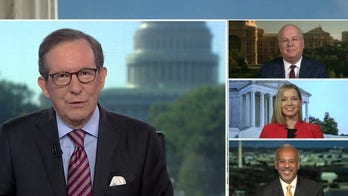 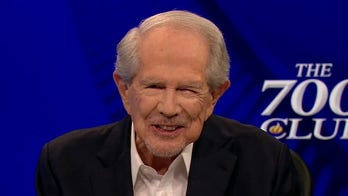 Religious radio host Pat Robertson on retiring from 'The 700 Club' but continuing his involvement in politics. 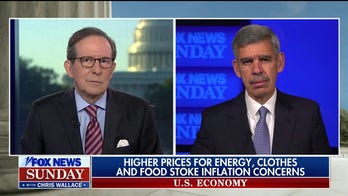 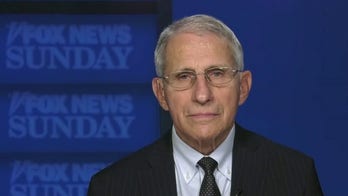 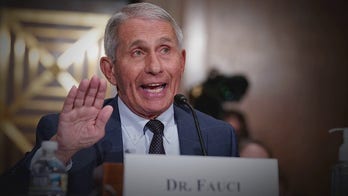 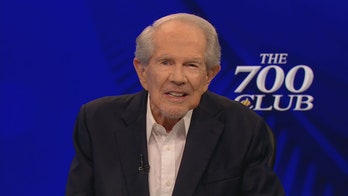 ‘700 Club’ host Pat Robertson joins ‘Fox News Sunday’ to discuss if there were negatives to tying Christian Evangelicalism to the Republican Party. 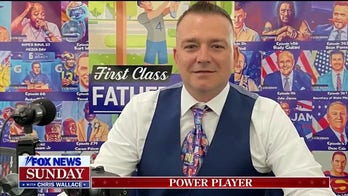 Power Player of the week, Alec Lace, discussed his journey to fatherhood as a dad of four and what it has taught him. 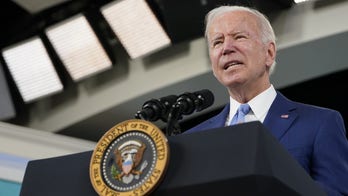 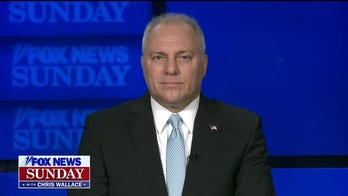