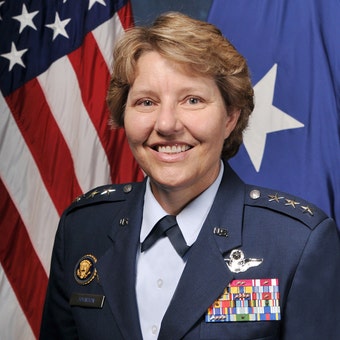 In her role as Superintendent, she serves as both college president and military installation commander, overseeing a rigorous program of military training, academics, athletics, and character development, whereby students earn a Bachelor of Science degree and a commission as a second lieutenant in the Air Force.

Prior to becoming the Superintendent, General Johnson served as an airlift and tanker pilot, was an Assistant Professor in the Department of Political Science at the Air Force Academy, and held a variety of senior military executive jobs.

General Johnson was a distinguished graduate from the United States Air Force Academy in 1981, where she earned a Bachelor of Science degree in Operations Research. She attended Brasenose College at Oxford as a Rhodes Scholar, earning a Master of Arts in Politics and Economics. 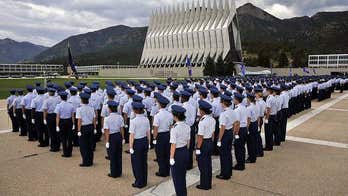