ADVERTISEMENT
Congresswoman Kay Granger is proud to represent Texas' 12th Congressional District, serving a community she has been an integral part of her entire life. Elected to her 11th term in 2016 by an overwhelming margin, Kay has earned her reputation in Congress as a hard-working, tough and principled leader on the issues that matter most to the people she serves. Her legislative prowess and ability to get things done, widely respected by both policy makers and influencers in Washington alike, led to her recognition by CQ's Roll Call as one of the 25 Most Influential Women in Congress. Kay attends the First United Methodist Church of Fort Worth, Texas, and is the mother of three children and grandmother of five. She is an avid and accomplished painter, and enjoys being with her family during spare time. Like us on Facebook
Follow us on Twitter & Instagram 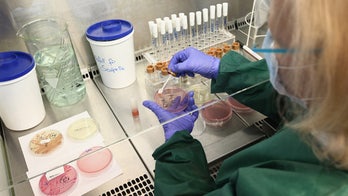 The 21st Century Cures Act will reform a slow and outdated FDA approval process and accelerate the discovery, development and delivery of new cures.