ADVERTISEMENT
Lieutenant General Jay Garner, former Assistant Vice Chief of Staff of the Army, was the Commanding General of the 1991 Joint Task Force in Northern Iraq. In 2003 he was the first Civilian Coordinator for Post-War Iraq, and since 2006, has returned to Northern Iraq 2-3 times each year working with Western Companies that are interested in investing in the region. 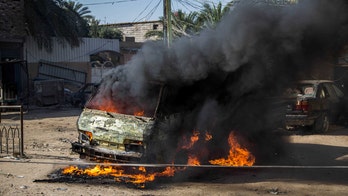