ADVERTISEMENT
Mayim Hoya Bialik is best known for her lead role as Blossom Russo in the early-1990s NBC television sitcom "Blossom" and now appears regularly on the #1 comedy in America, CBS' "The Big Bang Theory" playing neurobiologist Amy Farrah Fowler, a role for which she has received one Screen Actors Guild nomination and two Emmy nominations. Bialik earned a BS from UCLA in 2000 in Neuroscience and Hebrew & Jewish Studies, and went on to the Ph.D. program in Neuroscience, also at UCLA. 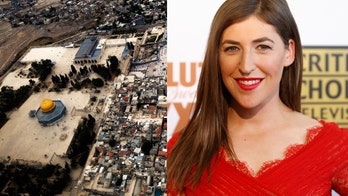 The problem is with Israel. It’s on my mind pretty much all of the time.