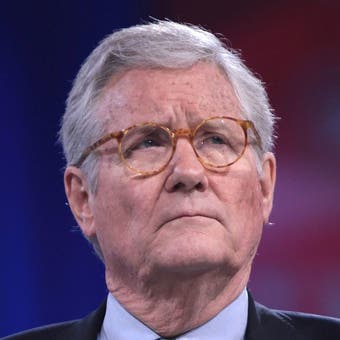 Fred Barnes joined FOX News Channel in 1996 and serves as a contributor. He is also currently the executive editor of The Weekly Standard. Previously, he was co-host of The Beltway Boys with Mort Kondracke.Read More

In September 1995, after ten years as senior editor and White House correspondent for The New Republic, Barnes founded The Weekly Standard, along with William Kristol and John Podhoretz, and serves as its executive editor. From 1988 to 1998, he was a regular panelist on The McLaughlin Group public affairs television program.

Barnes has written for numerous publications, including Reader's Digest, The New York Times, The Wall Street Journal, The Spectator, Washingtonian, The Public Interest, Policy Review and both The Sunday Telegraph and Sunday Times of London.

Barnes has received numerous accolades for his sharp-witted and humorous political commentaries. The Media Guide gave Barnes four stars, its highest rating and called him "a great political reporter-columnist" whose material is "exquisitely timed."

Barnes is a graduate of the University of Virginia and was a Neiman Fellow at Harvard University.