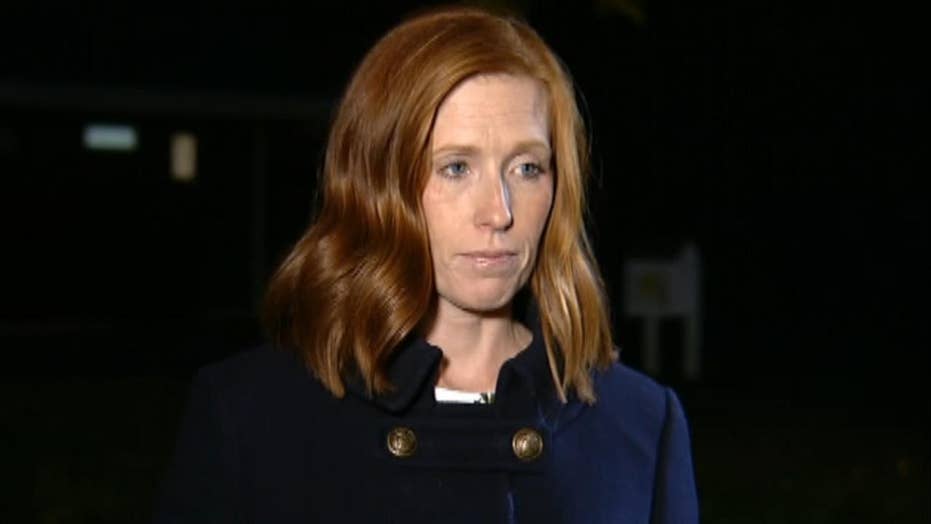 Raw video: Jennie Taylor delivers statement to press after the dignified transfer of her husband, Major Brent Taylor, at Dover Air Field Base in Delaware. Major Taylor, the mayor of North Ogden and member of the Utah National Guard, was killed in an insider attack in Afghanistan.

Editor’s note: Jennie Taylor, the widow of North Ogden, Utah mayor and Army National Guard member Maj. Brent Taylor, spoke these words on Tuesday morning at Dover Airfield Base in Delaware. Her husband was fatally shot in Afghanistan on Saturday by an Afghan commando he was training. Taylor was serving his fourth deployment in Afghanistan and was expected to return home in January.

On Monday, my two oldest sons joined me and their proud but devastated grandparents in welcoming their father, Major Brent Russell Taylor, back on to U.S. soil and back home to the land he has always loved so dearly.

To call it a sobering event would be an unspeakable understatement. To say that our hearts are anything less than shattered would be nothing short of true deceit.

And yet to deny the sacred honor that it is to stand that close to some of the freshest blood that has been spilled for our country would be absolute blasphemy.

I personally cannot yet find words adequate to tell you all that I feel as I stand here this morning by the dawn’s early light. So I echo the words someone recently shared with me: “Brent may have died on Afghan soil, but he died for the success of freedom and democracy in both of our countries.”

Just two weeks before Brent was killed in action, on the day before Afghanistan hosted its first parliamentary election in eight years, there was an incident that took the life of one of my husband’s dearest Afghan military colleagues and friends – a young lieutenant who, at the age of 22, had only recently finished his officer training.

Brent wrote, “The strong turnout at that election, despite the attacks and challenges, was a success for the long-suffering people of Afghanistan, and for the cause of human freedom. I am proud of the brave Afghan and U.S. soldiers I serve with. Many American, NATO and Afghan troops have died to make moments like this election possible.”

It seems only fitting that Brent, who in death now represents something so much greater than any of our own individual lives, has come home to U.S. soil in a flag-draped casket on our Election Day.

It is a timeless and cherished honor to serve in our country’s armed services. That honor has been Brent’s as he served in the Utah National Guard for the past 15 years, and it has been mine for just as long as I have proudly stood by his side. And it has been and will continue to be the great honor of our seven children for the rest of their lives, and I pray for many generations to come.

Brent himself put it best just days ago when he implored of us all, “I hope everyone back home exercises their precious right to vote. Whether the Republicans or the Democrats win, I hope that we all remember that we have far more as Americans that unites us than divides us.”

Jennie Taylor is the widow of Major Brent Taylor. Major Taylor, the mayor of North Ogden and member of the Utah National Guard, was killed in an insider attack in Afghanistan.