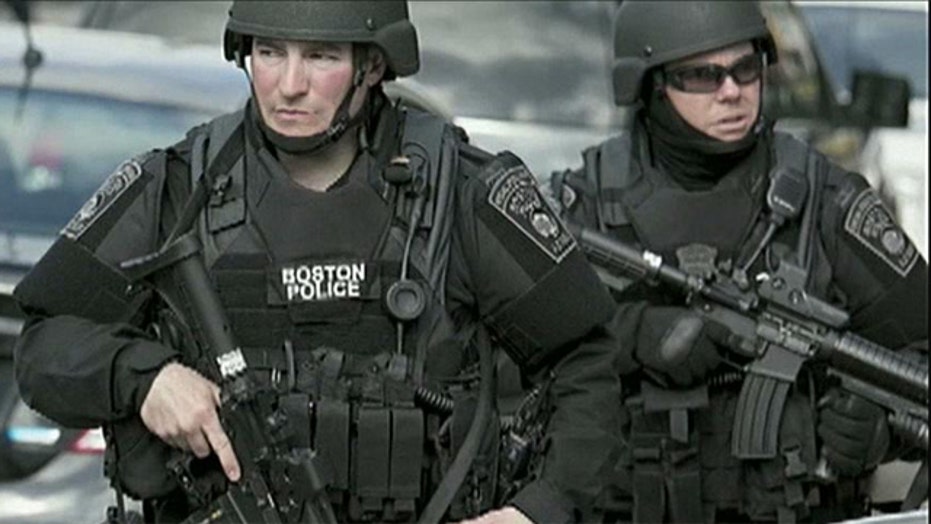 Before the capture of Dzhokar Tsarnaev, with the heroic police manhunt for him in full swing in Watertown, Massachusetts, Governor Deval Patrick and public safety officials admonished residents there and in surrounding communities to stay inside, lock their doors and answer only for uniformed police officers.

One piece of information, for example, was left out of every press conference that took place in the aftermath of the Boston Marathon bombings:  If you have a licensed firearm, make sure it is within reach, that it is loaded and that your family members are nearby.

This directive, in my opinion, would have been a proper public safety message and public health initiative to safeguard many homes in Watertown and the metro-Boston area.

It also would have avoided the unfortunate subconscious message to Bostonians that they cannot or should not take steps to protect their own lives and their loved ones and their homes in the future, in one very clear way:  By exercising their Second Amendment rights to own firearms and to use them when gravely threatened or attacked.

It strains the imagination to wonder why any adult in Watertown, Massachusetts who does not currently own a gun and who lived through the horror of a terrorist hiding out in that city would not be applying for a firearms permit this coming week.  So, too, for Boston. And, of course, citizens around the country would do well to learn the same lesson.

The reason that residents of Watertown and Boston were not told to keep their guns close by (or to congregate in the dwellings of gun owners) is only because of the liberal political tide that seeks to take guns out to sea with it.

Almost inexplicably, gun control efforts from the president and members of Congress continue, despite recent mass attacks with a knife (in Texas, where 14 innocent people were slashed) and in Massachusetts, where bombs made of crock pots, ball bearings and nails brought horrific casualties.

Were Dzhokar Tsarnaev or someone of similar ilk to seek a home to enter in the Boston area or any other town or city in America, I can say with near certainty that an NRA sticker clearly visible on the front door or an adjacent window would make him choose another door to break down.  And, in any case, a gun in the house, at the ready, would have been the best defense against being another of his victims.