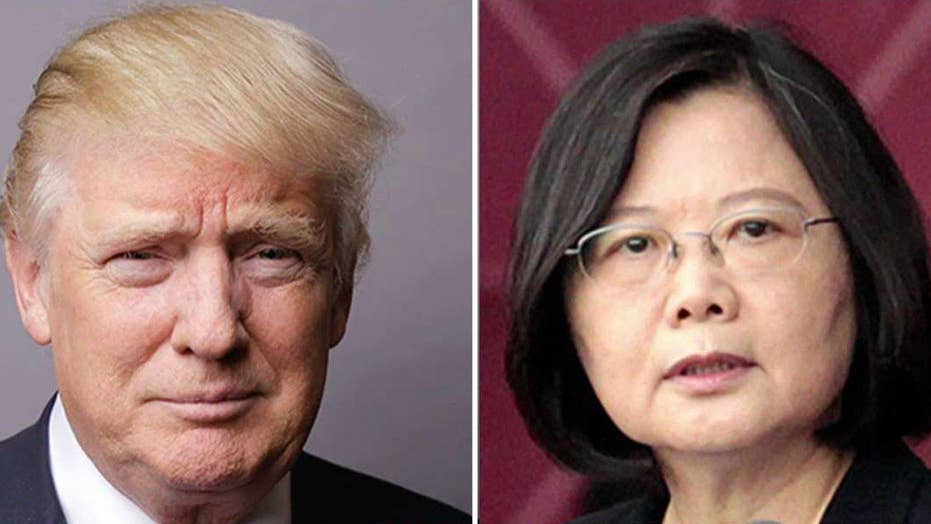 China and the Washington foreign policy establishment thought they could tell President-elect Donald Trump whom he can and cannot speak with on the phone.  They thought wrong.

On Friday, Trump received a congratulatory call from Taiwan’s president, Tsai Ing-wen, in which the leaders briefly touched upon economic, political, and security-related ties between our two democracies.  Trump congratulated Tsai on her own victory in Taiwanese elections earlier in the year—a watershed since Tsai is the first woman leader in Asia who isn’t the daughter or wife of a previous leader.

Tsai’s victory also marked the third shift in power from one party to another in Taiwan—a symbol of a matured Taiwanese democracy and further proof that democracy can work for ethnically Chinese people wherever they reside.

None of this is welcome in Beijing, whose deeply corrupt and authoritarian government is used to getting its way from the United States, especially on Taiwan.  Beijing is mad not only that Trump took a call from Tsai—even though he previously spoke with Chinese leader Xi Jinping—but that the statement announcing the call referred to Tsai accurately as the “president of Taiwan”—a reality that is obvious to average Americans, Taiwanese, and Chinese, but something diplomats like to pretend isn’t so.

The foreign policy establishment and their media buddies were even more apoplectic than Beijing.  The leftwing UK Guardian huffed that Trump had upended “37 years of U.S. diplomatic practice in a few minutes,” said the call was a gaffe or provocation (must it be either?), and hinted without evidence that Trump was trying to advance his personal financial interests.  The New York Times claimed that the simple call was a bigger “provocation” of Beijing than selling billions in weapons to Taiwan, which the United States has routinely done even after breaking formal diplomatic ties in 1979 to please Beijing.

That type of condescension is why the late Senator Jesse Helms once joked that the State Department needs an “America Desk” to remind some people there whose interests they are supposed to serve.  These experts need to listen to the American people and the person who was just elected president—not the other way around.

Furthermore, the call between Trump and Tsai was not necessarily a change in broader policy—something that should be obvious since Trump doesn’t become president until January 20th.  Rather, it struck most Americans as a decision by Trump to take a congratulatory call from another democratically elected leader.  This is simple courtesy and a fundamental part of real diplomacy.  Trump is adhering to the what he made clear throughout the presidential campaign: that he will be open to talking to foreign leaders who want good relations with the United States.

The fact that a simple courtesy call caused so much trepidation and genuflections to past protocol just shows how absurd U.S.-China policy has become. If a little courtesy to a democratic friend and a little truth about Taiwan could really threaten peace in the Pacific, as the experts contend, then we need to reevaluate our defense and come up with something better.

Trump is off to a good start by ignoring the experts who have led us astray.