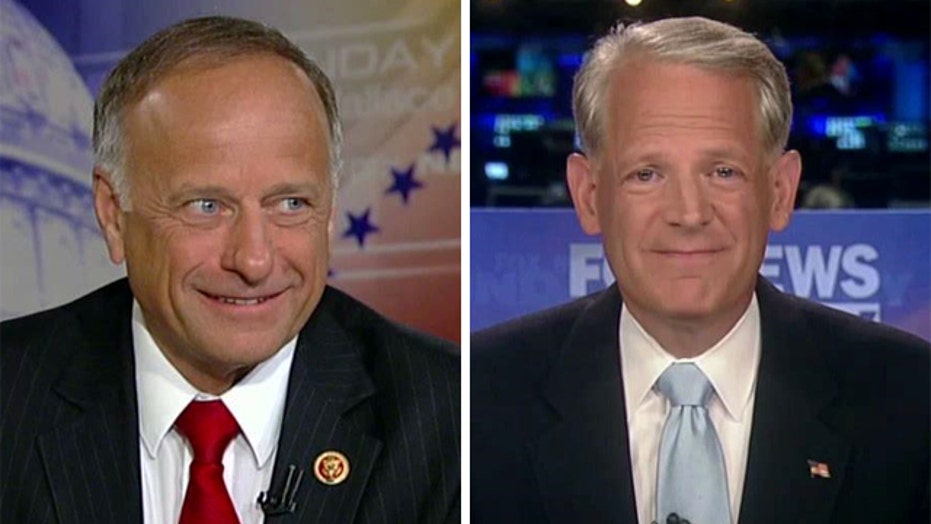 House Republicans to tackle immigration on their own terms

House Speaker John Boehner believes that the House will pass immigration legislation at some point in early fall, but in order to get to that point the desire for reform must survive its most perilous test to date: the August recess.

The pivotal battle on this issue will not take place in Washington itself, but in a select number of House districts all across the United States. Supporters of reform must have troops with an authentically targeted message on every front line.

With House members back in their home districts for a month, opponents have ample opportunities to assemble constituents, an elected official’s closest advisers, against a plan.

A transformational issue (health care) during the 2009 August recess gave birth to the Tea Party movement, which grew into a force strong enough to allow the GOP to take control of the House of Representatives in 2010. Given the passions on both sides of the immigration issue, some lawmakers are wary of a repeat.

Proponents of reform should work to counter that energy with an enthusiasm that matches opponents and is authentically targeted to each individual district.

A true grassroots effort will seek to identify the concerns of targeted lawmakers and allay them, rather than blanketing the airwaves with generic advertisements.

What will work for legislators based in the suburbs won’t work in rural areas or cities; therefore supporters will need a variety of approaches to break through.

Perhaps more importantly, groups will have to show the value of reform to communities without significant immigrant populations. In this they can receive support from outside groups such as the National Association of Manufacturers, which has spoken in favor of an overhaul by pointing out the economic benefits of reform .

A message that combines a market-based argument, an appeal to the nation’s fundamental value of openness, and the need for action to preserve the rule of law could be persuasive to skeptical members.

A senior House Republican told me recently that there are approximately 20 to 40 members of the conference that are opposed to any comprehensive immigration measure. That means that Speaker Boehner will likely need to find some Democratic support.

House Democrats therefore are at a crossroads. Do they want a law that may not contain everything they desire, or do they want an issue to use during the 2014 election cycle? Careful contemplation should convince Democrats that governing is preferable to campaigning on this issue.

The Senate has already acted on immigration. They did so in a transparent way that allowed for ample amendments and debate. As is often the case there, when both sides have a chance to craft legislation, a final product can pass the 60-vote threshold. House leaders should keep that in mind as they work to get a final vote in their chamber.

A successful resolution could have a positive impact on Congress as a whole. Finding a win-win outcome on immigration may help build good will in the Capitol that could be of use during negotiations over the debt ceiling later in the year, which is certain to be extremely contentious.

While it may be difficult for the legislature’s approval ratings to go any lower, showing that Democrats and Republicans can work together will boost Americans’ faith in their elected leaders.

Resolving this issue will also have benefits for each political party.

After the 2012 presidential election it is clear that the GOP needs a broader coalition in order to win nationwide. The majority in the House needs to ignore the chimera of a 2014 primary challenge and focus instead on the bigger picture. With immigration resolved, Republicans will be on their way towards shedding the “Party of No” label and able to show how a bottom-up agenda focused on the individual is superior to a top-down model promulgated by the opposition.

Democrats will have delivered on a major 2012 campaign promise. It could also deflect voters’ attention away from the health care law, which remains unpopular.

Supporters of immigration reform are on the path to victory, but in order to cross the finish line they must have a plan to win August and the courage to stick to it.

Hon. Mark R. Kennedy leads George Washington University's Graduate School of Political Management and is Chairman of the Economic Club of Minnesota. He previously served three terms in the U.S. House of Representatives and was Senior Vice President and Treasurer of Federated Department Stores (now Macy's).