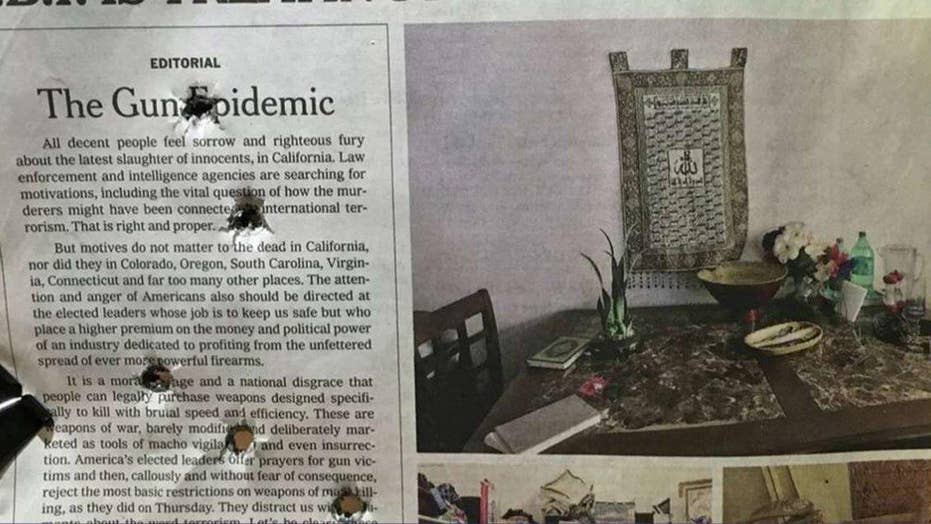 This is what I think of the New York Times editorial that ran on the front page on Saturday.

The United States suffered its worst terrorist attacks since September 11 and the New York Times' response is that all law-abiding citizens need their guns taken away. Screw them.

It should be striking to every American citizen that the New York Times believes the nation should have unfettered abortion rights, a right not made explicit in the Constitution, but can have the Second Amendment right curtailed at will though it is explicitly in the Constitution.

Again, we have suffered the worst terrorist attack in more than a decade and the New York Times believes now we must have our rights taken away as a response to terrorism.

I hope everyone will join me in posting pictures of bullet holes in the New York Times editorial. Send them your response.  You can follow me on Instagram and Facebook at @ewerickson

By the way, it is worth noting that all my shooting friends are upset that I did not keep a small cluster.  But I wanted to shoot it from top to bottom.  I only had seven bullets and made the most of it.