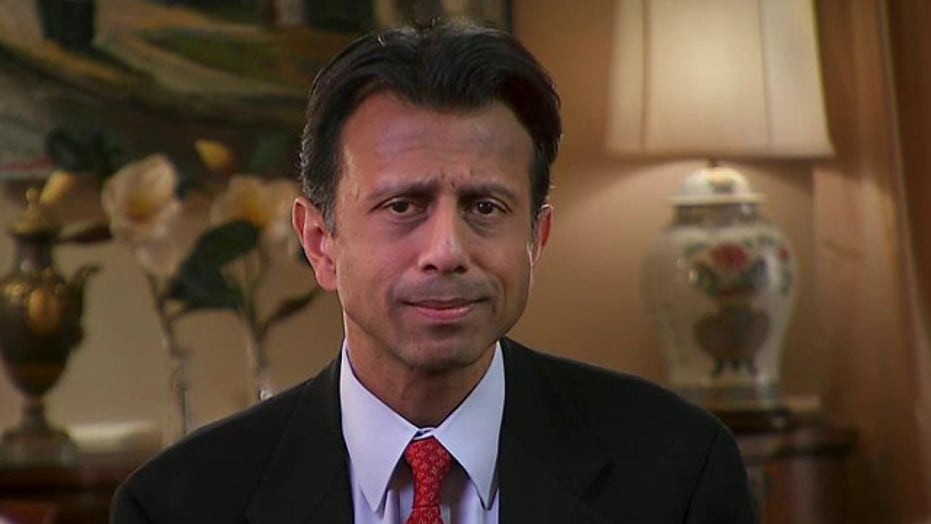 Jindal: This president wants to be all about redistribution

Gov. Bobby Jindal's name is not first on most people's list of candidates for the Republican presidential nomination in 2016, but maybe we should at least start paying attention to him. If one's political enemies are any indication of potential strength, Jindal of Louisiana may be a more formidable force than some people realize.

Jindal is a long shot for president and even vice president, but he brings enthusiasm, a positive outlook and a decent record as governor.

During a visit to Washington Monday, Washington Post columnist Dana Milbank couldn't wait to attack Jindal and his record. Why bother with someone he and others consider a lightweight from a small Southern state, unless there is more there than the elites think?

Jindal is a long shot for president and even vice president, but he brings enthusiasm, a positive outlook and a decent record as governor.

In an interview with me, Jindal gave long and rapid-fire answers. The governor, ineligible for re-election due to term limits, seemed in a hurry. He said he'd decide in "two to three months" whether to run for president.

In January 2009, when I interviewed Jindal in his office in Baton Rouge, just days before President Obama's inauguration, the governor told me Republicans must decide what they are for before picking a presidential candidate. How's that going?

"We're doing better," he says, "but we have more work to do." He thinks Republicans should stop attacking ObamaCare and start emphasizing what they would replace it with. He also faults members of his party for running against ObamaCare in the last election and then "throwing in the towel and saying, 'Well, you can't really repeal tax increases; you can't really undo an entitlement program.'"

Jindal wants Republicans to get away from defining themselves as anti-Obama and the party of "no" and start showing people "we can be principled, conservative, not just a cheaper version of the Democratic Party."

What about Hillary Clinton? Can she be defeated if she runs?

He says voters want the hard truth told to them, which immediately brings to mind the oft-quoted Jack Nicholson line from "A Few Good Men": "You can't handle the truth." In the age that obsesses with cultural embarrassments like the Kardashian family, the truth -- if we can agree on what that is -- may be the last thing people want to hear. But Jindal's sentiment is a noble one.

I ask him about the potential candidacy of former-Gov. Jeb Bush of Florida, and Jindal adopts Reagan's "11th Commandment" admonition never to criticize a fellow Republican: "Anybody who is thinking about running doesn't need to define himself against particular candidates. We need to say what we are for." While Jindal says he "has a lot of respect" for Bush, who once championed Common Core federal education standards. Jindal, however, opposes it. He adds he doesn't want to see "the establishment, the party donors, trying to clear the field for anybody. An open debate is good for the voters."

On foreign policy, he and former Sen. Jim Talent (R-Mo.) have written a paper on the subject. Among other things, he wants to arm the Kurds in their fight against ISIS in Iraq and demonstrate to our allies America's resolve to support them in any fight against the Islamic State, support he thinks is lacking under the Obama administration. He would also send arms to the Ukrainian military now fighting Russian troops.

On social issues, Jindal, a Roman Catholic, says: "I'm not changing my position on marriage or protecting human life. I know it's fashionable for a lot of politicians to change their minds..." It doesn't matter what the polls say on this. I'm not evolving with the polls."

Jindal is a long shot for president and even vice president, but he brings enthusiasm, a positive outlook and a decent record as governor and that's not a bad start for any presidential candidate.