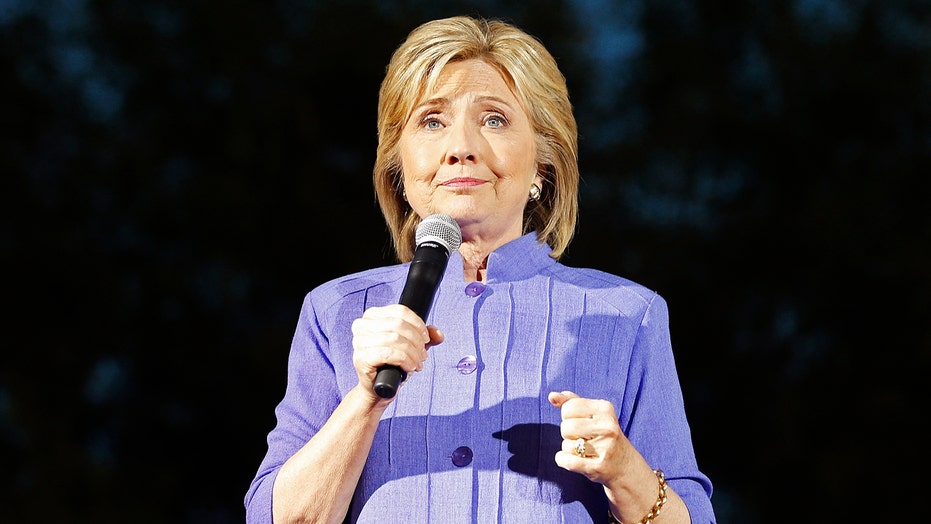 Has Hillary secured her nomination?

Critics: Democratic candidate has no competition as of yet

Hillary Clinton and her supporters are basking in the glow of what they believe was her shining performance in the first Democratic debate, but she—and they—should beware when the spotlight turns to the whopper of a lie she told on stage.

Pull out the fact checkers when Hillary Clinton uses the word “honestly.”

Honestly, Hillary shape shifts between describing herself as a progressive and a moderate depending on who she thinks she needs to pander to on a given day. For example, at a Women for Hillary event in Ohio last month, Clinton said, "You know, I get accused of being kind of moderate and center. I plead guilty." Yet in the recent Democratic debate and in a previous campaign stop in New Hampshire, Clinton averred, “I take a backseat to no one when you look at my record in standing up and fighting for progressive values.”

Honestly, Hillary shape shifts between describing herself as a progressive and a moderate depending on who she thinks she needs to pander to on a given day.

Behind a backseat is an exhaust pipe and it is exhausting to keep track of how often Clinton has flip-flopped and not stood her ground regarding “progressive values,” as Politico’s Jack Shafer pointed out after the debate.

“She has reversed her positions on gay marriage, immigration, gun control, the Trans-Pacific Partnership trade pact, mass incarceration and the Iraq War, and some believe her recent stand on the Keystone XL pipeline constitutes a flip, too.”

In addition to flip-flopping, Clinton has proved herself to be a Cirque du Soleil contortionist about being honest and trustworthy regarding the rest of her debate declaration.

Clinton may like to get things done but she is inexperienced and ineffective at getting things done well. She is particularly bad at finding “common ground.” Here is a partial list of her failures throughout her career:

? When she was first lady, her husband, Bill, tasked her with health care reform. She proceeded to run her task force in secret and produce a 1,324-page blueprint that was so riddled with unpopular government mandates, coercion and bureaucracy that even a Democratic-controlled Congress wouldn’t vote on it. The debacle of “Hillarycare” helped lead to the 1994 Republican takeover of both the House and Senate for the first time since the 83rd Congress of 1953-1954.

?  In the Huffington Post, here is how columnist Adam Hanft described Clinton’s record as a U.S. senator from New York: “When she talks about ‘sponsoring’ and ‘introducing’ and ‘fighting for’ legislation that obviously hasn't passed, that's a smokescreen for failure. For many of the bills she introduced, she couldn't even get a cosponsor in her own party!” Hanft goes on to give seven examples of Clinton’s inability to muster even a single Democratic cosponsor for her bills (let alone a Republican) on topics like terrorism, crime, health care and energy. Hanft concluded, “It's a track record of legislative failure and futility.”

?  As secretary of state, Clinton took charge of a series of “resets” that proved to be upsets with catastrophic consequences. There was the “Russian reset” that “began with the Obama administration’s reneging on a pre-existing American commitment to supply defensive technology to shield Poland and the Czech Republic from missile attacks [which] left both countries vulnerable to pressures and threats from Russia” and continued with Russia’s bloody annexation of Crimea. Under Secretary of State Clinton and President Obama, there were interventionist “resets” in Egypt and Libya that “led to Islamic extremists’ taking over in Egypt and terrorist chaos in [Benghazi] Libya, where the American ambassador was killed, along with three other Americans.” Look at Iran, Syria, China, North Korea and at our ally, Israel—indeed, look anywhere worldwide. Name one instance of Clinton accomplishing anything of significance to mitigate the spread of terrorism, stop the slaughter of Christians and Jews, and make America safer.

Speaking of her deleted emails and private server when she was secretary of state, Clinton said, “I’ve gone longer and farther to try to be as transparent as possible. Nobody else has done that.”

Transparent? Trustworthy? Truthful? Accomplished? None other than New York’s Democratic Senator, Chuck Schumer, put it this way: “She is the most opaque person you will ever meet in your life.”

Is that who we want as America’s commander in chief—as the leader of the free world?

Communications consultant Jon Kraushar is at www.jonkraushar.net. He is a consultant to corporate and political leaders including Steve Forbes.