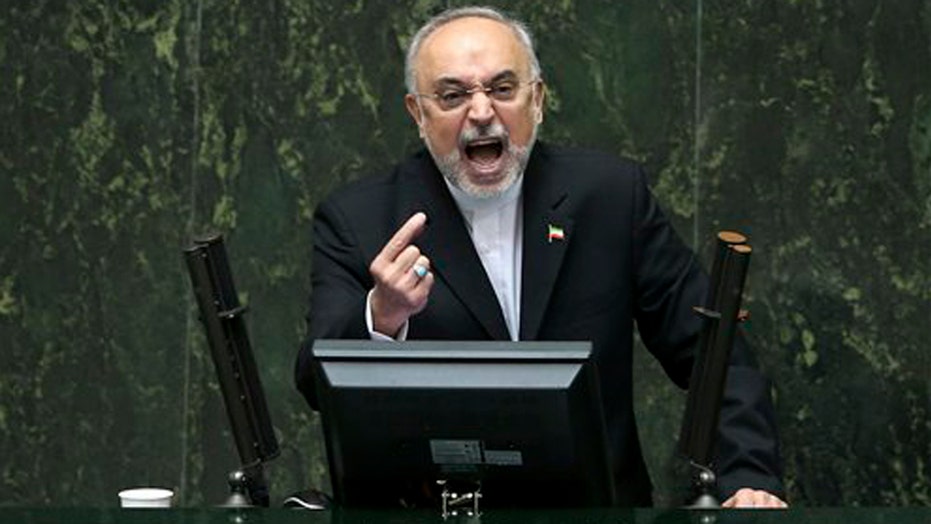 When President Obama meets in Washington November 9 with Israeli Prime Minister Benjamin Netanyahu, I would imagine Netanyahu's main concern will be to find out exactly what the U.S. means by "infringement" as it applies to the Iran nuclear agreement. What exactly will the U.S. do when, not if, Iran violates the deal? What if Israel and the U.S. disagree as to whether there has been a violation?

Former Israeli ambassador to the United States, Zalman Shoval, spoke with me last week following his address to the Center for Strategic and International Studies (CSIS) in Washington.

Given the president's reluctance to do much in response to various foreign challenges, Shoval is not optimistic the U.S. will do more than drop resolutions on the Iranian regime should it continue working to finish building a nuclear bomb and a missile system to deliver it to its chosen targets -- Israel and possibly the U.S. One can imagine a scenario in which Iran attacks Israel and threatens to launch a missile at one or more U.S. cities, possibly with the assistance of North Korea, which has already threatened such an attack and sides with Israel’s enemies. At a minimum, Iranian agents already in the U.S. might ignite terrorist attacks, causing panic and damage to the economy.

In Shoval's address, he noted that 85 percent of all Israelis see a nuclear Iran as an "existential threat" -- and about the same number think the deal with Iran will do nothing to keep them from getting a nuclear bomb. The polls cut across Israel's multiple political parties in a rare display of unity.

Shoval told the CSIS audience that Iran sees the nuclear deal with the U.S. and five other countries differently: "...(Iran) feels itself encouraged (and) emboldened by the nuclear deal and by American attitudes, to escalate not only its support for Hezbollah, Hamas and Palestinian Islamic Jihad -- as well as for President Assad in Syria -- but also in confronting American intentions and activities directly or indirectly in Iraq, Yemen and in the Gulf states."

This is key. Even in the unlikely event the Iranians live up to the agreement and don't surreptitiously continue work on a nuclear bomb, they can keep on fomenting terrorism through their various proxy groups.

Shoval noted that there have been sharp disagreements on policy issues between the U.S. and Israel over many years, but this one is different. Referring to the Iran nuke deal, he said, "Iran was seen by the president as a major, the major diplomatic international achievement of his whole presidency and he wouldn't let anything come against it -- while in Jerusalem there is a patriotic and historically minded prime minister who is convinced that Israel and the Jewish people face for the second time in modern history, an existential threat from a country whose leadership is serious in its declared intentions to wipe the Jewish state off the face of the earth -- and is soon to be in possession of the means to do this -- means which even Hitler didn't have. For this he was willing to risk much of his political capital in the U.S. ... and even risk temporarily, the comfortable warmth of the bipartisan relationship."

President Obama is fond of assuring Israel that he has their back. Given the likelihood Iran will violate the agreement and continue underwriting terrorism, Netanyahu should make sure that when the president pats him on the back, he isn't holding a knife.