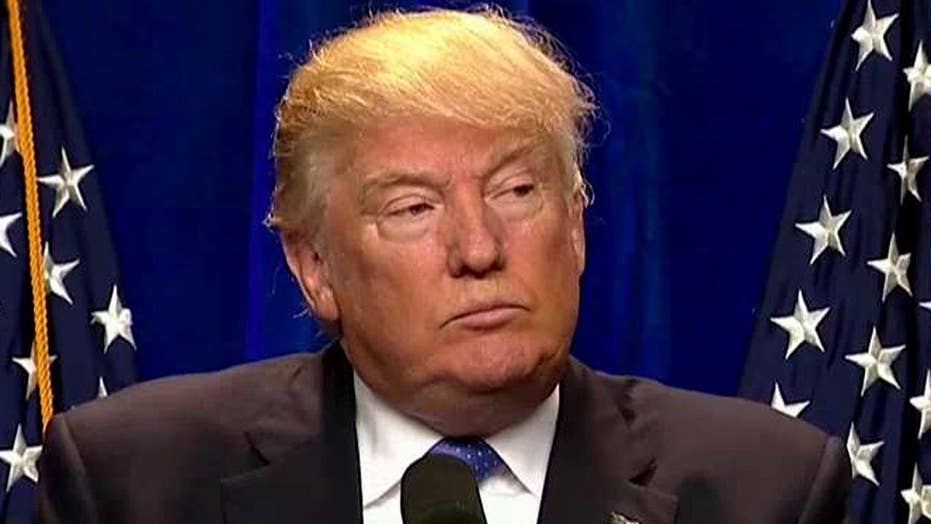 Trump: We allowed the killer's family to come here

Before the blood was dry from ISIS-sympathizer Omar Mateen’s massacre of patrons at an Orlando gay club, anti-gun liberals were busy trying to obscure the real culprit.  Despite withering ridicule from the politically correct elite, Donald Trump stood firm in his convictions to act decisively against radical Islam—perhaps his greatest qualification to be president.

Mateen was an Islamist sympathizer who took time before his attack to call 911 and profess his allegiance to ISIS.  He yelled the now-familiar jihadist cry of “Allahu Akbar” during the rampage that killed fifty-one and wounded as many more.  He had been interviewed twice by the FBI for possible ties to terrorists, including to the first American suicide bomber in Syria.  And of course he targeted gays, who in Islamist incubators like Iran and the Islamic State are summarily executed.

Liberals instinctively seized an opportunity to indulge political correctness.  For some reason, Hillary Clinton issued a statement and tweeted in Spanish, and added, “We need to keep guns like the ones used last night out of the hands of terrorists or other violent criminals.”

President Obama addressed the nation, saying: “This massacre is therefore a further reminder of how easy it is for someone to get their hands on a weapon that lets them shoot people in a school, or in a house of worship, or a movie theater, or in a nightclub.”  (This from the man who has ensured a southern border so porous that virtually any illegal weapon cache could be imported inside bricks of cocaine.)

Instead, they tried to take the worst attack by Islamists on our soil since 9/11 and move it down the political path of mass murderers who have shot up schools and a church in recent years.

They offered their failed and unconstitutional prescription of more gun control.  The misdirection was reminiscent of the Benghazi cover-up, in which Obama and Hillary shifted blame for a jihadist attack away from the Islamists who were actually at fault.

Trump is having none of it. The presumptive Republican nominee for president, who has advocated a halt to the admission of refugees from Syria, called for “toughness and vigilance” against “radical Islamic terrorism.”

He called on Obama to resign for failing even to mention the political force that animates home-grown terrorists and foreign threats as diverse as ISIS, Al Qaeda, and the Muslim Brotherhood.

Trump issued a statement that, “We can't afford to be politically correct anymore,” which further noted, “I am trying to save lives and prevent the next terrorist attack.”

What Trump said wasn’t slick or polished or PC, but it came from the heart—which is enough for most Americans.  Most of us don’t want a president who is anti-Muslim, but we want one who is capable of acknowledging the obvious threat posed by Islamic supremacists who want to unify mosque and state, kill gays, Jews, and other Americans and Westerners—and subject everyone else to a theocratic tyranny.

Most Americans can see that acknowledging this threat is actually the best way to defend our freedoms here at home.  Without doing so we will never develop a defense against it.

Rather than taking guns from the law-abiding, we should update laws like the McCarran Act that were used against communists during the Cold War, in order to ban Islamist political activity today.

We should be able to keep Islamist refugees and visa applicants from coming to the United States and incriminate the small but dangerous number of Islamist U.S. citizens like Mateen who are here plotting war against us.

We should be eager to avoid the means to which Israelis had to resort during the jihadist intifadas against them.  These steps included guards and searches at nearly every public venue in cities like Tel Aviv and Jerusalem.

As a gay man, I’ve often wondered when the Islamists would attack us here at home—including at gay venues that pride themselves on being open and welcoming.  The time apparently is now.

If we don’t want to have to turn our public spaces into fortresses with intrusive, airport-like security, we need to go on the offensive against Islamic supremacists and those who enable them.  What Trump suggests is counterintuitively the preservation of freedom.

He also offers a watershed for Republicans: a leader who stands up for gays and softens the GOP’s reactionary image on social issues.  While the GOP elite—including the oh-so-erudite Romney-Ryan faction that tut-tuts the rest of the party—has consistently advocated second-class citizenship for gays, it is Trump who could drag the party into the 21st century.

Ultimately, the 2016 election is a contest between the dishonest elite and the American public.

If in tragedy we find the resolve to defend our country and our freedom—and reject the failures of our political elite—then those who perished at the hand of an Islamist in Orlando will not have died in vain.