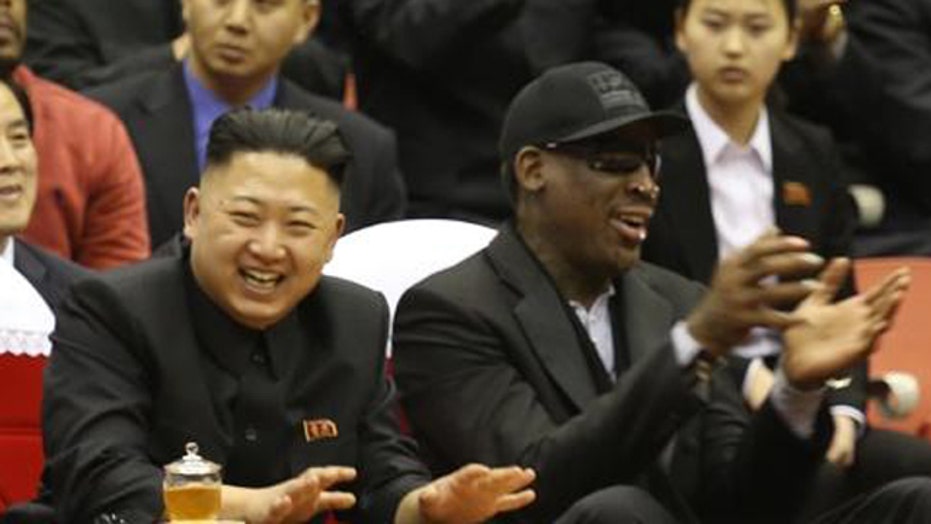 The quiet dignity of Rosa Maria Paya was unmistakable Tuesday as she asked the international community to pressure Cuba’s government into allowing a plebiscite on democracy and for an investigation into the murder of her father, dissident leader Oswaldo Paya.

Her poise also offered a sharp contrast to the spectacle unfolding in her country with a visit there by celebrity Beyonce and rapper Jay-Z.

“It would be nice if the Cuban government were peaceful and respectful,” she told a crowd at the National Endowment for Democracy in Washington, D.C., “but that's not true because state security of this government calls my family's house to say ‘I'm going to kill you.’ They did it before my father’s death and they still do it.” She was flanked by pro-democracy campaigners from left to right and by Washington Post editorial page editor Fred Hiatt.

“I’m sorry, but things are not nice right now in my country. The Cuban people are in a real dangerous situation,” she said. The international community must “stop the impunity of the government inside the island.”

Oswaldo Paya, a truly audacious dissident who endured decades of threats and insults against himself and his family, was killed in a car crash last July 22. The driver, Spanish politician Angel Carromero, says the car was rear-ended by a state security vehicle chasing them. The Cuban government denies the charge. Take your pick.

The courage of Cuba’s dissidents as they brave incarceration, beatings and assassination to stand up for what we take for granted in this country is one of the untold stories of our times. What we are seeing on our screens, instead, is the disgraceful free propaganda that Beyonce and her husband Jay-Z are giving to Cuba’s tormentors.

If they knew the racism that is practiced on a daily basis against Cuba’s blacks, especially Afro-Cuban dissidents, the couple would have perhaps thought twice about going to the island nation.

They could, for example, have watched this video released just last week by the Castro regime to see how the leader of The Ladies in White dissident movement, Berta Soler, is depicted as an ape just because she’s black.

Or, before donning a Che Guevara T-shirt, Jay-Z might have contemplated that the great revolutionary once said of blacks, “The n***** is indolent and lazy, and spends his money on frivolities, whereas the European is forward-looking, organized and intelligent.”

We need a Dennis Rodman Rule, named after the exotic erstwhile basketball star who went to Pyongyang to fete the dictator Kim Jong Eun just weeks before the North Korean threatened to blow the world to smithereens in a fit of pique. The rule should be: celebrities who disregard the lives of millions by celebrating those who torment them deserve only our contempt upon their return home.

Our reverence and support should be saved for the Rosa Maria Payas and Berta Solers of this world. The long-suffering dissidents in Cuba -- and elsewhere -- deserve nothing less.

Mike Gonzalez is a senior fellow at the Douglas and Sarah Allison Center for Foreign Policy at The Heritage Foundation.