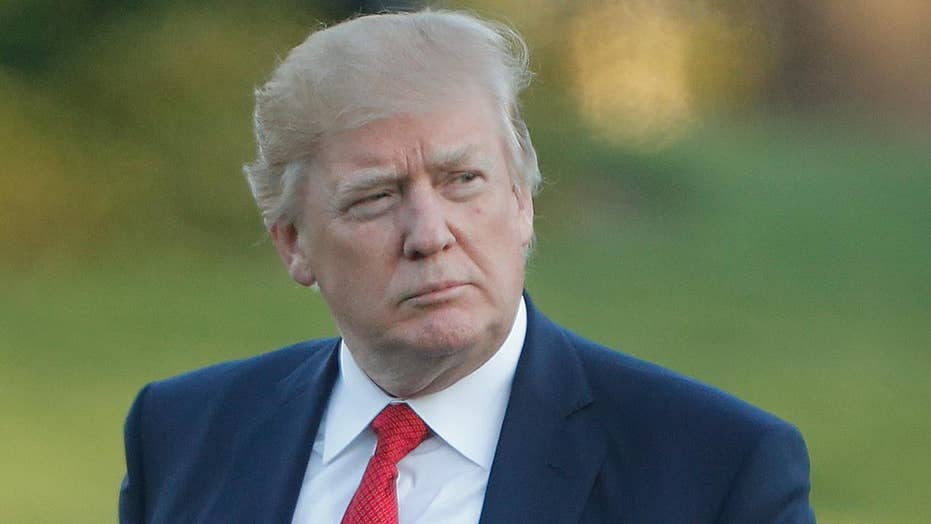 Are we witnessing the evolution of the Trump presidency?

As a psychiatrist and New York Times bestselling self-help author, it would be remiss of me were I to not point out that President Trump exemplifies ways of being and communicating that, if mastered by others, could greatly empower them, psychologically and interpersonally.  We are not just witnessing a president possessed of certain political ideals; we are witnessing a president with true self-possession.

Here is an incomplete selection of the ways that you can change your life, for the better, by identifying with this American president’s extraordinary persona:

1. Don’t let anyone tell you that you’re not good enough to work toward any goal you cherish.  Just don’t forget the work.

Lots of people told Donald Trump that his pursuit of the presidency was folly. He announced his candidacy, anyhow. But, then, he didn’t pursue his goal, half-heartedly. He spared no effort. He worked tirelessly toward it.

If you aren’t willing to put in the work—for real—neither will anyone else. That’s why Donald Trump was known to visit his construction sites, repeatedly, wearing a hard hat.

Maybe it was a symbol, but it was one with real meaning:  He wasn’t too good for the job site and he was always willing to work just as hard as anyone welding a beam.

Once you choose a goal and resolve to work toward it, don’t entertain doubt that you can achieve it.

"60 Minutes" correspondent Lesley Stahl, interviewing then President-elect Trump, asked him whether he ever imagined, upon descending the escalator at Trump Tower to announce his candidacy, that he would one day be talking to her as the President-elect. He answered her with his own question, “Why else would I come down the escalator?”

I believe President Trump knows that the goals a person embraces aren’t just random notions, they are gifts of intention, from a higher power. And they are to be cherished as such by the recipient.

This notion has deep Biblical significance. When God told Moses to free the slaves of Egypt, Moses did not visit the Pharaoh and show self-doubt.  He resolutely cast down his staff, which then turned into a serpent.

2. Don’t mimic the posture of your competitors.  Be courageous enough to be authentic.

The circumspect language and feigned, elegant demeanor of politics did not define the language of Donald Trump, on the campaign trail. His words were more sparse and more pointed, and Americans heard them, loud and clear.

That’s why Trump tweets, too. The tweets cut through all the feigned formalities of politics.

No one can act like Donald Trump. That’s why tens of millions of people trusted him enough to elect him president of the United States.

No one can act like you, either. You’re an original. Don’t be afraid to let some of your loose ends show; they make you human, they make you credible and they can make you much more powerful.

3. Let yourself be righteously angry when people take you for a weakling, a fool or a fraud.

Donald Trump doesn’t abide those who would overcharge him (or the United States) for an airplane or those who overcharged him for work on Trump Tower. He threatened to cancel America’s order for Air Force One and he’s threatened not to pay inflated bills for his own buildings.

Donald Trump doesn’t abide those nations who believe they are as powerful or as just or as decent as America, when they aren’t. He calls them out on it.

I believe Donald Trump has a gut-level hatred of fakers and frauds. When numbers don’t add up, or positions are out of step with the truth, I think it bothers him the way a shin-splints would bother a boxer.

here’s a lot more to what I am calling "TRUMPING YOUR LIFE," by the way. So, next week and the week after, I’ll deliver more pointers on using this American presidency like a self-help seminar.