The Fox News contributor called education a 'potent' issue in the race, which 'unites all sides' socioeconomically and racially.

Virginians are one week out from electing a new governor, and the choice could not be starker. Voters want to have a voice in their children’s education and schools. They’re hungry for economic relief, lower taxes, affordable prices and good-paying jobs. They’re tired of feeling unsafe in their neighborhoods. There’s only one candidate who offers an alternative to four more years of the status quo: Republican Glenn Youngkin.

Momentum is on Youngkin’s side as Election Day nears. Polls show the race close, pundits have deemed it a "toss up," and Democrats are running scared. A recent rally for Youngkin drew an overflow crowd, with hundreds more outside. Clearly, Virginians are ready for real change in Richmond.

MCAULIFFE IN 2019: 'DIVERSITY, INCLUSION' ARE 'AS IMPORTANT AS' MATH AND ENGLISH IN SCHOOLS

Education has exploded to the top of the list of issues Virginia families care about. But McAuliffe has a history of putting students last. During his tenure as governor, Virginia schools lowered their academic accreditation standards. 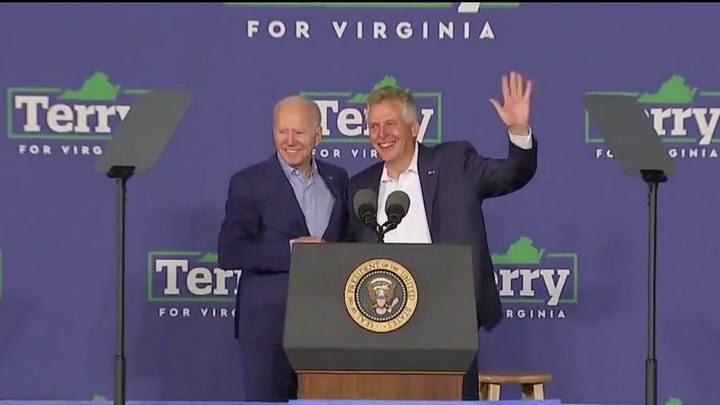 McAuliffe vetoed a school choice bill passed by the Virginia General Assembly, preventing students from being able to transfer out of poorly performing schools. Even more egregious, he vetoed a bill that would have required schools to warn parents about books with sexually explicit content.

That’s one reason why so many parents are fired up. A concerned Virginia mother recently exposed that multiple Fairfax County, Virginia, school libraries included books that described pedophilia and explicit sexual content and didn’t bother to alert parents.

We know what happens when schools aren’t required to report assaults – just look at the coverup currently being exposed in Loudoun County. And the incorporation of divisive critical race theory into school curricula across the commonwealth has galvanized parents into speaking out at school board meetings.

Yet McAuliffe has the audacity to say he "[doesn’t] think parents should be telling schools what they should teach." He smeared parents alarmed by the poison of CRT as conspiracy theorists and accused them of being "racist."

According to McAuliffe, government bureaucrats know how to raise your kids better than you do. As a parent myself, I am astounded by his arrogance and sense of entitlement to other people’s children. It’s an insult to families across the commonwealth.

McAuliffe is no better on issues of public safety. Under his administration, violent crime increased by 10%. At one point, the murder rate went up an astounding 43%. And while McAuliffe claims to support law enforcement, he proudly accepted endorsements from NARAL, a group that has called for defunding the police, and New Virginia Majority, another radical left group that supports defunding the police and abolishing prisons. As homicides in Virginia hit the highest levels seen in more than two decades, residents need leadership that is tough on crime, not "politically correct."

As if this wasn’t enough, Virginia families are struggling to make ends meet in a sluggish economy. While Republican states are creating jobs and getting Americans back to work, Virginia ranks 41st nationally for recovering jobs lost due to the COVID-19 pandemic. 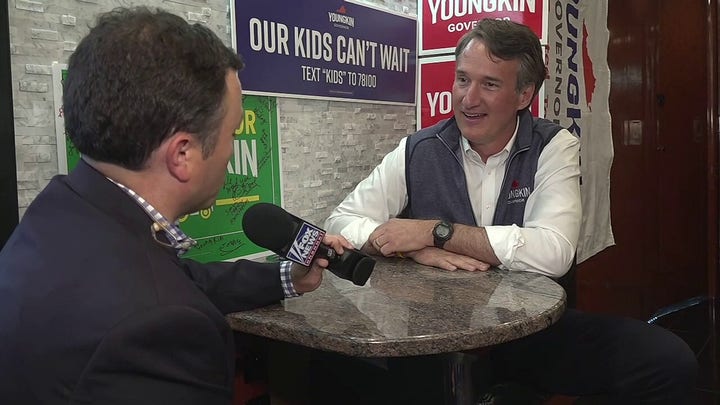 Inflation is on the rise, taxes are increasingly burdensome, and Virginians are fleeing the commonwealth for better economic opportunities. Still, McAuliffe has lauded Gov. Ralph Northam’s work on Virginia’s economy and announced a policy plan that would cost the average family an additional $5,400 and potentially represent the largest tax increase in Virginia’s history.

A political outsider, Youngkin offers a different vision. He’s vowed to restore excellence to Virginia’s education system and empower parents to have a voice in their children’s academics. He would bring a businessman’s instincts to Richmond with policies like eliminating Virginia’s grocery tax and suspending the recent gas tax hike.

He’s promised to add 400,000 jobs by reopening the commonwealth and cutting regulations by 25%. He’s committed to making public safety a priority by fully funding our police departments, keeping violent criminals off our streets, and fixing our broken mental health system.

Glenn Youngkin believes Virginia is worth fighting for, and he has the policy game plan to prove it. This is why Virginians of all backgrounds are turning out to support Youngkin and voting for Republicans up and down the ballot. There is too much at stake in the commonwealth and our country.