The summer season has ripped off the thin scab that covered an American wound, revealing a festering disagreement about the nature and origins of the United States.

Victor Arnautoff, a communist Russian-American artist and Stanford University art professor, had painted “Life of Washington” in 1936, commissioned by the New Deal’s Works Progress Administration. A community task force appointed by the school district had recommended that the board address student and parent objections to the 83-year-old mural, which some viewed as racist for its depiction of black slaves and Native Americans.

Nike pitchman and former NFL quarterback Colin Kaepernick recently objected to the company’s release of a special Fourth of July sneaker emblazoned with a 13-star Betsy Ross flag. The terrified Nike immediately pulled the shoe off the market. 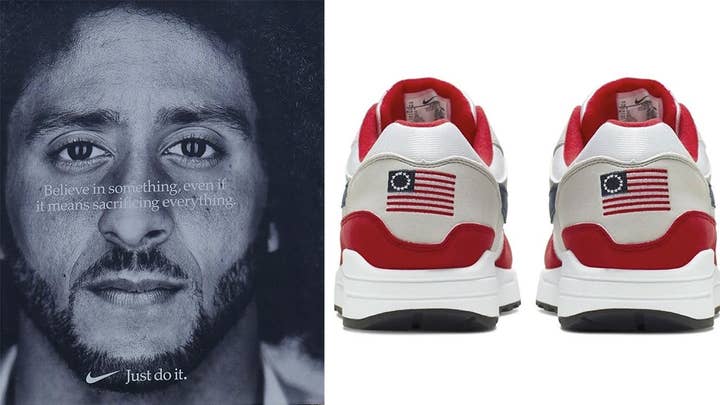 The New York Times opinion team issued a Fourth of July video about “the myth of America as the greatest nation on earth.” The Times’ journalists conceded that the United States is “just OK.”

During a recent speech to students at a Minnesota high school, Rep. Ilhan Omar (D-Minn.) offered a scathing appraisal of her adopted country, which she depicted as a disappointment whose racism and inequality did not meet her expectations as an idealistic refugee. Omar’s family had fled worn-torn Somalia and spent four-years in a Kenyan refugee camp before reaching Minnesota, where Omar received a subsidized education and ended up a congresswoman. 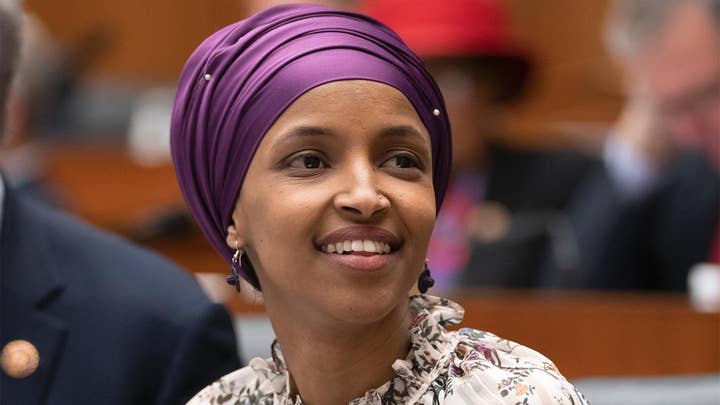 The U.S. Women’s National Soccer Team won the World Cup earlier this month. Team stalwart Megan Rapinoe refused to put her hand over heart during the playing of the national anthem, boasted that she would never visit the “f---ing White House” and, with others, nonchalantly let the American flag fall to the ground during the victory celebration. 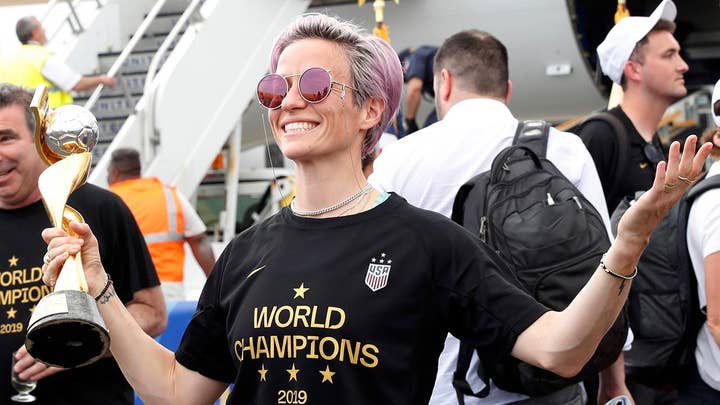 The city council in St. Louis Park, a suburb of Minneapolis, voted to stop reciting the Pledge of Allegiance before its meeting on the rationale that it wished not to offend a “diverse community.”

The list of these public pushbacks at traditional American patriotic customs and rituals could be multiplied. They follow the recent frequent toppling of statues of 19th-century American figures, many of them from the South, and the renaming of streets and buildings to blot out mention of famous men and women from the past now deemed illiberal enemies of the people.

Such theater is the street version of what candidates in the Democratic presidential primary have been saying for months. They want to disband border enforcement, issue blanket amnesties, demand reparations for descendants of slaves, issue formal apologies to groups perceived to be the subjects of discrimination, and rail against American unfairness, inequality, and a racist and sexist past.

In their radical progressive view — shared by billionaires from Silicon Valley, recent immigrants and the new Democratic Party — America was flawed, perhaps fatally, at its origins. Things have not gotten much better in the country’s subsequent 243 years, nor will they get any better — at least not until America as we know it is dismantled and replaced by a new nation predicated on race, class and gender identity-politics agendas.

In this view, an “OK” America is no better than other countries. As Barack Obama once bluntly put it, America is only exceptional in relative terms, given that citizens of Greece and the United Kingdom believe their own countries are just as exceptional. In other words, there is no absolute standard to judge a nation’s excellence.

About half the country disagrees. It insists that America’s sins, past and present, are those of mankind. But only in America were human failings constantly critiqued and addressed.

America does not have be perfect to be good. As the world’s wealthiest democracy, it certainly has given people from all over the world greater security and affluence than any other nation in history — with the largest economy, largest military, greatest energy production and most top-ranked universities in the world.

The traditionalists see American history as a unique effort to overcome human weakness, bias and sin. That effort is unmatched by other cultures and nations, and explains why millions of foreign nationals swarm into the United States, both legally and illegally.

These arguments over our past are really over the present — and especially the future.

If progressives and socialists can at last convince the American public that their country was always hopelessly flawed, they can gain power to remake it based on their own interests. These elites see Americans not as unique individuals but as race, class and gender collectives, with shared grievances from the past that must be paid out in the present and the future.

We’ve seen something like this fight before, in 1861 — and it didn’t end well.