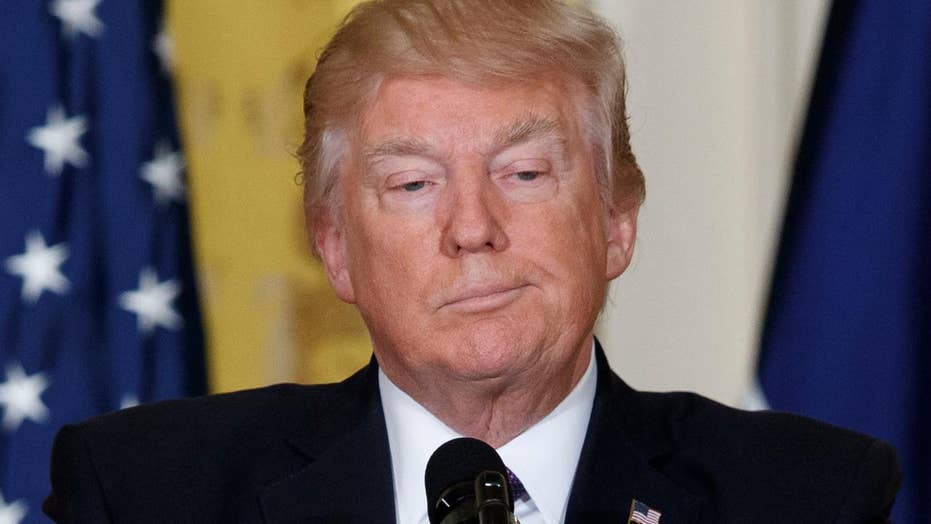 Trump says relations with Russia are at 'all-time low'

Rex Tillerson has now had the Trump Administration’s first face-to-face meeting in Moscow with Russian President Vladimir Putin.  The two-hour sit-down provides a powerful opportunity for a “teachable moment” in the life of the new American administration. As a candidate, President Trump openly admired Mr. Putin’s leadership style. However, it is unclear whether that admiration will survive the reality of dealing as President with Mr. Putin. It’s too bad that Secretary Tillerson wasn’t able to speak to Alexei Pichugin during his time in Moscow. His boss, Mr. Trump, would benefit from hearing what Pichugin’s case teaches about Putin’s ruthlessness and excess.

Never heard of Mr. Pichugin?  Not surprising – he’s not in the news much, since for the past 14 years he’s been behind bars, either in the notorious Russian FSB (Federal Security Service) Lefortovo prison or, even worse, the storied Black Dolphin, which houses Russia’s worst of the worst: child molesters, terrorists, cannibals, serial killers and sociopaths of all stripes.

Pichugin’s treatment speaks volumes about Putin’s Russia, and the realities of Russian power President Trump is up against.

The story begins with the “Yukos affair” – the destruction of the Yukos Oil Company, Russia’s largest energy company at the time Vladimir Putin took power.  It reveals at once the excess and the pettiness of Mr. Putin, who 14 years on continues to involve himself pursuing personal vendettas and perceived insults related to Yukos. It reveals Mr. Putin’s avarice, too, as international tribunals have found shareholders were damaged $50 billion from his expropriation of Yukos on behalf of Rosprom, Russia’s state-run oil company controlled by his cronies. Finally, the Yukos Affair reveals Mr. Putin’s unfettered cruelty, as he has ordered the ruin of Yukos employees to serve his goal of crushing the former Yukos Chairman, Mikhail Khodorkovsky – jailed for 10 years -- Deputy Chairman, Leonid Nevzlin, falsely and fantastically charged with multiple murders, and others associated with the company.

But no former Yukos employee exemplifies Mr. Putin’s savagery more acutely than Pichugin, who was working as a mid-level Yukos manager at the time of his arrest in June 2003. Mr. Pichugin was never a political activist or a journalist. He was nonetheless arrested in June 2003 and brought for the first time to Lefortovo. Mr. Putin’s goal for Mr. Pichugin was always the same: to extract incriminating testimony against Messrs. Khodorkovsky and Nevzlin.

In the first year of his captivity, Mr. Pichugin complained of being drugged and interrogated outside the presence of his lawyers while being pressured for false testimony. He recalled being removed from his cell by two FSB operatives who told him that he must give evidence against Mr. Nevzlin. He awoke dazed, with needle marks on his elbow and between his right thumb and index finger.

Mr. Pichugin was subjected to a secret, closed-door trial on the testimony of jailhouse confessors. Those witnesses subsequently recanted, admitting that they testified against Mr. Pichugin only after being coerced to do so by investigators. One witness against Mr. Pichugin, a serial killer who changed prior testimony to incriminate Mr. Pichugin, was quoted saying that: “My life is now in the hands of the President of Russia,” a powerful statement of Mr. Putin’s personal involvement in the details of Mr. Pichugin’s abuse.

As recently as last year, Mr. Pichugin was dragged back to Lefortovo from his cell in Siberia and has been pressured to provide incriminating testimony against Mr. Khodorkovsky, who now lives in Britain under a grant of political asylum provided based on Mr. Putin’s unrelenting pursuit of him. At the same time, Mr. Putin’s thugs raided the apartments of Mr. Pichugin’s elderly mother and brother, sending a clear message that Mr. Putin is ready to extend Mr. Pichugin’s ordeal to his family.

The European Court of Human Rights has held that Russia violated Mr. Pichugin’s fundamental rights during his secret trial, but Mr. Putin and his administration have refused to provide him the new trial the Human Rights court ordered. And when the European Court imposed a $2.6 billion judgment against Russia for its violations of human rights against Yukos, Mr. Putin signed a law that Russia was not obligated to abide by judgments of that court.

In democratic countries, the personal involvement of the nation’s President in individual cases like Mr. Pichugin’s and those against Yukos would be unthinkable, even without the accompanying human rights abuses in Mr. Pichugin’s case. The independence of the courts and criminal justice systems are assumed in such places. Not so in Russia, where Mr. Putin’s manipulation of the courts and prosecutors for political purposes has become a modus operandi. The destruction of Mr. Pichugin’s life over the past 14 years is a tragedy that has become too common in Mr. Putin’s Russia. The chilling lesson is that it is not necessary to be a political opponent of Mr. Putin to feel his wrath. It is enough to be associated with a real or perceived enemy of the President, or to be perceived as someone through whom the President can exact some revenge, or some punishment, or set an example for others.

It's time to recognize Putin's ruthlessness. Mr. Pichugin’s story presents a window into the true nature of the Russian President and into the dire circumstances of freedom and the rule of law in Russia, on whose neck (like Mr. Pichugin’s) Mr. Putin now firmly has his boot. The new administration fails to look through that window at the peril of freedom and democracy itself.

Oliver "Buck" Revell is a former associate deputy director, investigations for the FBI.